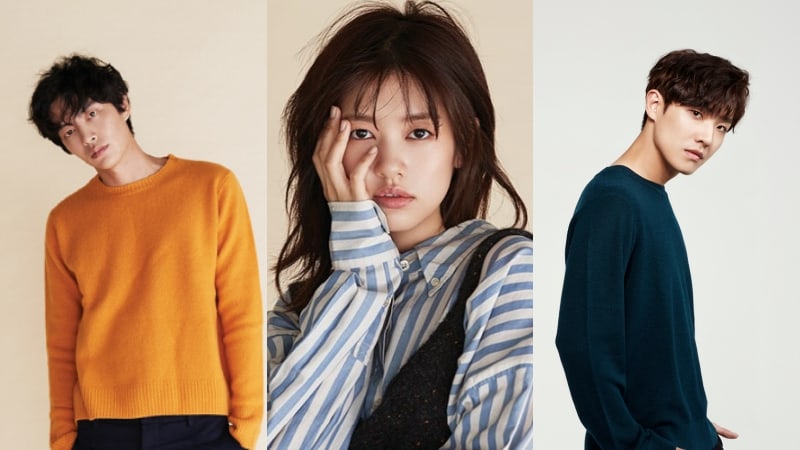 Actress Jung So Min sat down for an interview on December 11 to talk about her starring role in tvN’s “Because This Is My First Life.”

After gaining popularity for her role in KBS 2TV’s “Father Is Strange,” Jung So Min immediately joined “Because This Is My First Life.” Both dramas were successful, which Jung So Min is grateful for.

Starring in two dramas in a row made the year of 2017 feel long for the actress. “While I was working on two dramas, a movie was released and amid that, I made a cameo appearance in another movie,” she said. “So although it’s the same year, this year feels so long that I questioned why the end of the year came so late.”

While Jung So Min worked with Lee Joon in “Father Is Strange,” she co-starred with Lee Min Ki in her newest drama. She revealed that she joked around with Lee Joon because he was just a year older than her. “He helped me a lot in the beginning when the two energetic characters met,” Jung So Min explained. “On the other hand, Lee Min Ki is more experienced. I felt that a senior is a senior for a reason.”

According to the actress, Lee Min Ki was someone she could rely on. She said, “In the beginning, there were parts where Nam Se Hee [played by Lee Min Ki] didn’t feel human. But when the cameras weren’t rolling, he cared for me and put me first, making me wonder if Se Hee should be doing this. It was comfortable to act with him and as time went by, obviously, I got the sense of how he would react if I did something.”

Jung So Min went on to talk about her first kiss scene with Lee Min Ki. The two hadn’t gotten to really know each other at that point. “I remember that he was being very considerate,” she said. “He suggested that we monitor it together and although it was awkward, it wasn’t uncomfortable.”

When asked if she expected to receive any awards at the end-of-the-year award shows, Jung So Min jokingly replied that she did. “I’m kidding,” she continued. The actress had high hopes for her works, not awards. She added, “If I could receive one, I’d like the Best Couple Award [with Lee Joon].”

Jung So Min
Lee Joon
Lee Min Ki
How does this article make you feel?