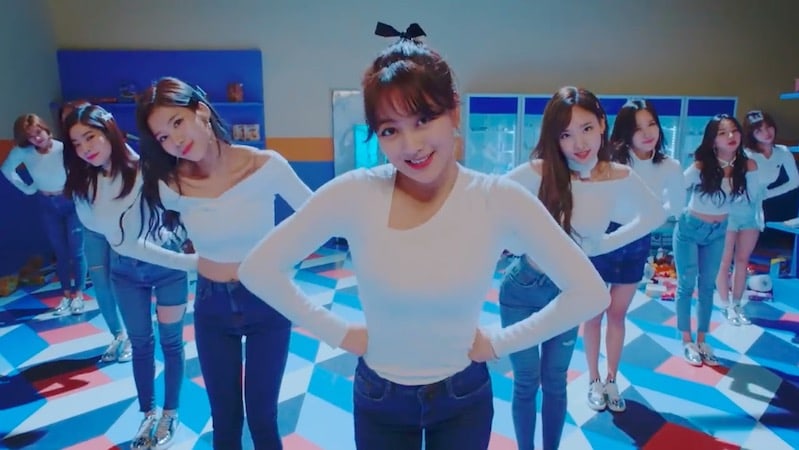 TWICE Shares Stories From Getting Ready For Their “Merry & Happy” Comeback

TWICE celebrated their “Merry & Happy” comeback with fans though a show on Naver’s V Live!

On December 11, TWICE released their new repackaged album “Merry & Happy,” featuring the song “Heart Shaker” as the title track. The members cheered when they found out during the show that their song had topped realtime charts, and Nayeon said this made them really happy.

In the show, TWICE talked about filming and recording in the studio for their comeback. Tzuyu said, “The set was like a supermarket, and I was happy because there were a lot of things to eat. I was hungry because we were filming at dawn, so I ate some of the snacks while we filmed.”

JYP Entertainment founder Park Jin Young wrote the lyrics for the group’s second new song “Merry & Happy,” which has the feeling of a carol with lyrics about getting to spend a romantic Christmas with someone for the first time. Chaeyoung thanked Park Jin Young for writing the lyrics, which she said were cute and a good fit for them.

Nayeon commented that the notes in “Heart Shaker” are very high. “That’s why we recorded many times and had a hard time,” she said.

Dahyun also mentioned that she thought the lyrics to “Heart Shaker” are very memorable, and named Tzuyu’s “My name is Tzuyu” line as the “killing part.” 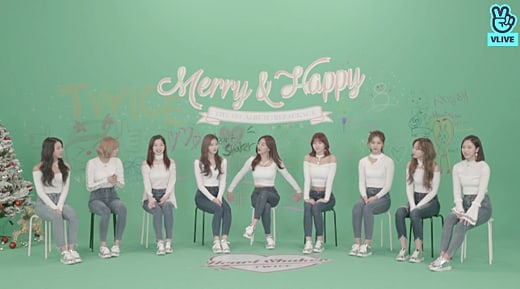 During their show, TWICE performed “Heart Shaker” and showed off the whole choreography, and you can watch the performance here!