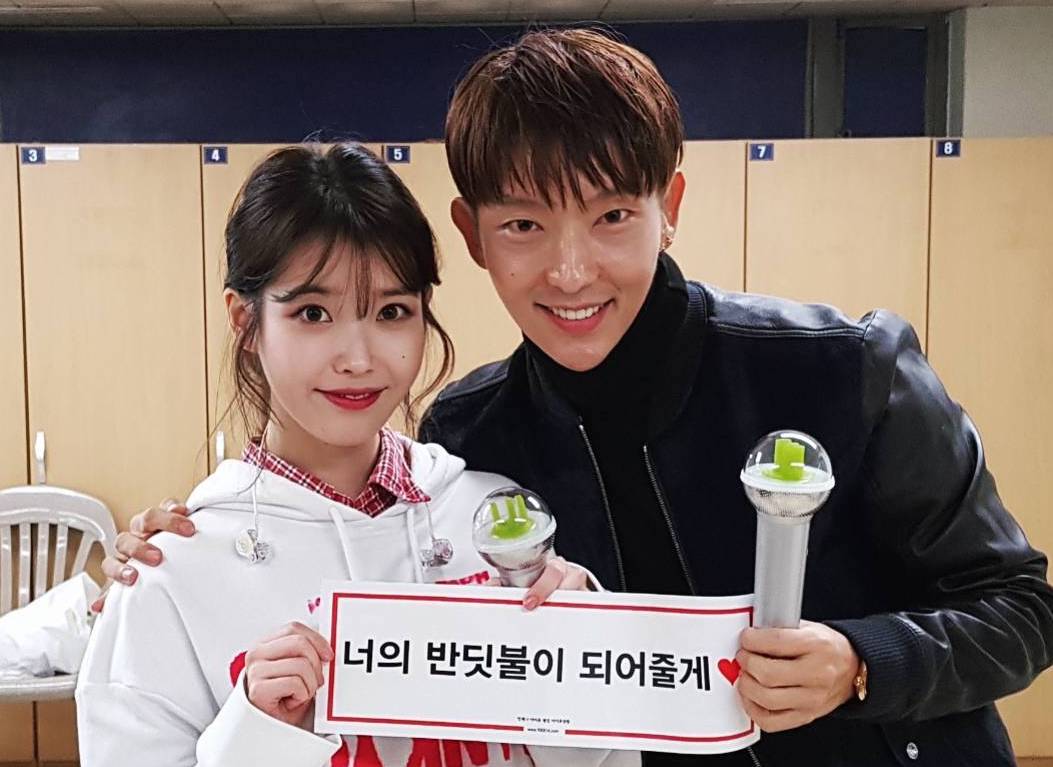 IU wrapped up her 2017 “Palette” tour on December 10 with a sold-out final show at the Jamsil Arena in Seoul, which ran for an amazing five hours and featured two encores.

Lee Joon Gi was one of many celebrity guests in the audience during her finale concerts this weekend (including Song Joong Ki and Song Hye Kyo at the December 9 show). On December 11, Lee Joon Gi posted two shots of himself backstage with IU, as well as a photo of the beautiful concert light sticks.

He used IU’s real name in his caption as he described her as “The one and only artist Jieun, who doesn’t get tired even after over five hours and gives all her energy to the audience with her perfect performances.” He said that he was moved by how each and every one of her performances seemed like a work of art, and added that although she might feel empty after wrapping up her long tour, her audience had left feeling full.

“Thank you for inviting me to this great concert,” he wrote.

IU and Lee Joon Gi starred together in the SBS drama “Scarlet Heart: Goryeo” in 2016. After finishing her tour, IU will now be focusing on filming her new tvN drama.

Lee Joon Gi
IU
How does this article make you feel?