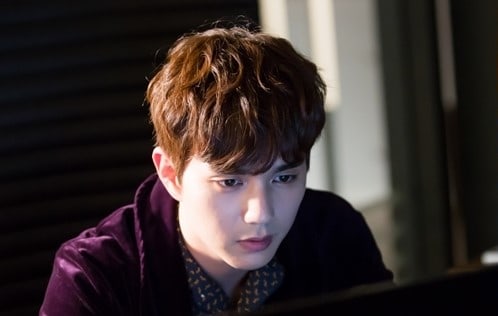 On December 11, MBC drama “I Am Not A Robot” released stills of lead Yoo Seung Ho hard at work.

In the drama, Yoo Seung Ho plays Kim Min Kyu, a seemingly perfect man who is the largest shareholder of the country’s largest finance company. With an IQ of 159 and devastatingly good looks, he’s got brains and the looks. However, he’s allergic to humans, which prevents him from dating.

In the revealed stills, Yoo Seung Ho is dressed in luxurious pajamas and is hard at work in his home office. He gazes seriously and contemplatively at his computer, at times resting his chin on his hand, demonstrating just how serious he is about his job. 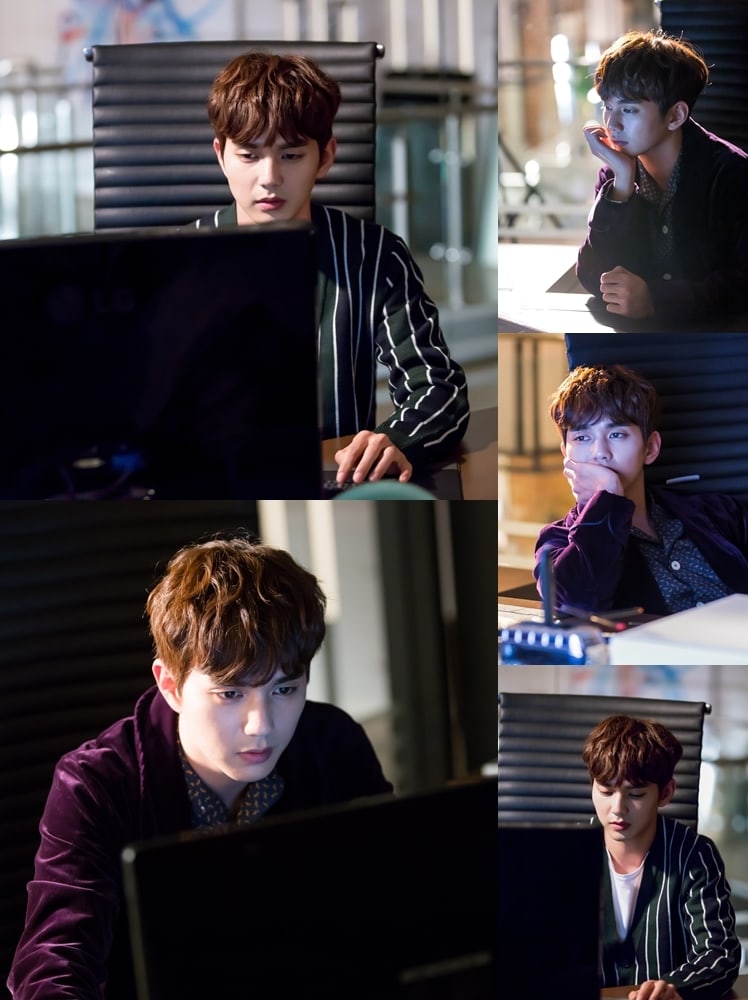 A source from the drama stated, “The character Min Kyu has so many qualities, it’s hard to list them all. At times, he’s a chic, aloof guy, and at other times, he’s more like a puppy dog. Although sometimes he can seem prickly in personality, in the end, you can’t hate him because he’s so charming.”

“I Am Not a Robot” airs every Wednesday and Thursday at 10 p.m. KST.