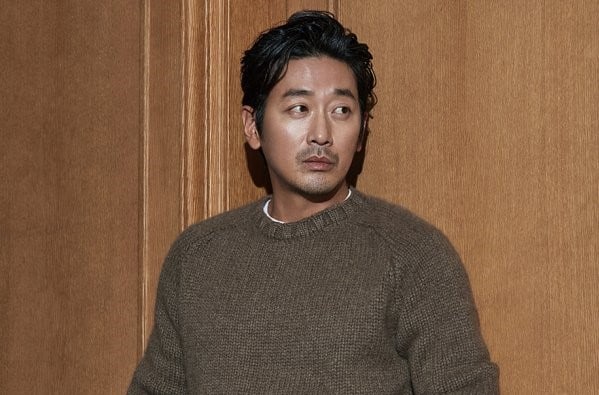 On December 11, actor Ha Jung Woo made an appearance on V Live’s “Actor&Chatter.” During the session, he answered the question left by the previous guest Park Shin Hye, which was, “Who is the best partner of your life?”

Ha Jung Woo has a long acting career spanning almost two decades, and has worked with a variety of actors and actresses. Some noteworthy actresses he has worked with are Gong Hyo Jin, Jeon Do Yeon, Jun Ji Hyun, Kim Min Hee, and Ha Ji Won.

Initially, he avoided answering and sighed, “It’s too difficult. I can think of one but I don’t think I can say it. I liked all of them.” When he was told he had to answer the question, he conceded and replied, “Shall I do it by the frequency then? The actresses I’ve worked with most frequently are Jun Ji Hyun and Gong Hyo Jin. I worked with Jun Ji Hyun on ‘The Berlin File’ and ‘Assassination,’ and I worked on ‘Love Fiction’ and ‘577 Project’ with Gong Hyo Jin. I’ll pick both of them.” 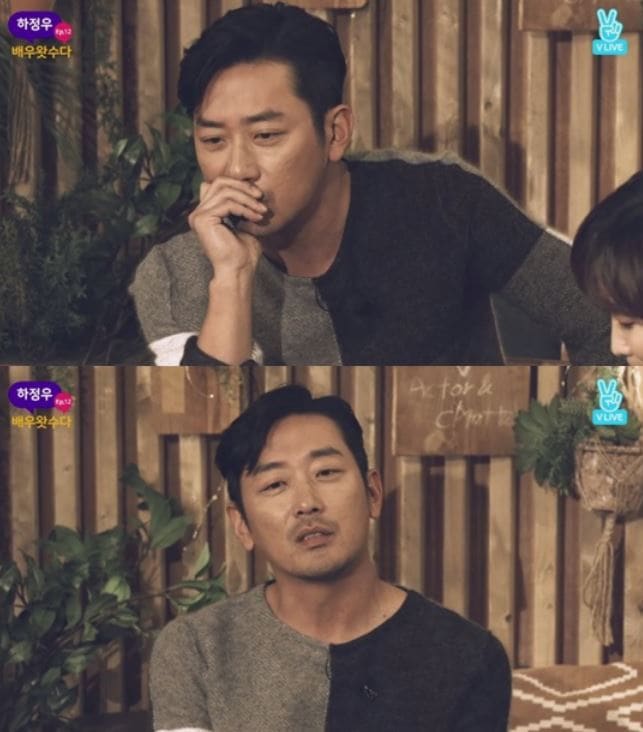 When pressed to pick just one, he laughed and commented, “I guess I’ll have to pick. I’ll pick by alphabetical order, so Gong Hyo Jin. It was pretty close though.”

Ha Jung Woo initially chose to go with the co-stars he worked with most frequently and answered, “The people I’ve worked with the most are Sung Dong Il and Jo Jin Woong. But now that I think about it, isn’t the first experience the one that leaves a big mark? My first experience as a main character was ‘The Chaser.’ It was a good starting point for me. Kim Yoon Seok was my co-star during the film. I think that everything that I talked about with him while we filmed, the things we did during the scenes, has become the foundation of my acting even today. So I’ll pick Kim Yoon Seok as the most memorable co-star.”

Ha Jung Woo
How does this article make you feel?