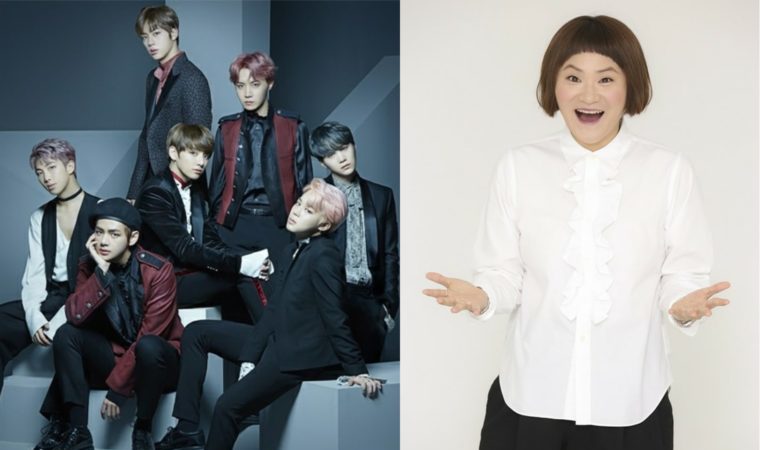 Kim Shin Young previously praised BTS for their hard work, and now it looks like she’s also impressed with ARMY!

On December 10, the female comedian talked about recently attending BTS’s concert (thanks to an invitation from Suga) on MBC FM4U’s “Kim Shin Young’s Hope Song at Noon.”

She said, “This is the first time I watched a male idol group until the end. BTS’s fans create waves using their light sticks. It was amazing enough that light wasn’t even needed.”

Kim Shin Young continued to praise ARMY, saying, “The fans were incredible. When BTS sang, their voices were lowered, but during the interlude parts, they were loud. They have great manners.”

On December 11, Kim Shin Young uploaded a photo of the concert as well as a caption that read, “Thanks to you, Suga, I had fun watching the concert.”

Kim Shin Young wasn’t the only celebrity to attend BTS’s concert, as Park Bo Gum, the cast of “Hwarang,” Girls’ Generation YoonA, and Ha Ji Won had attended as well.