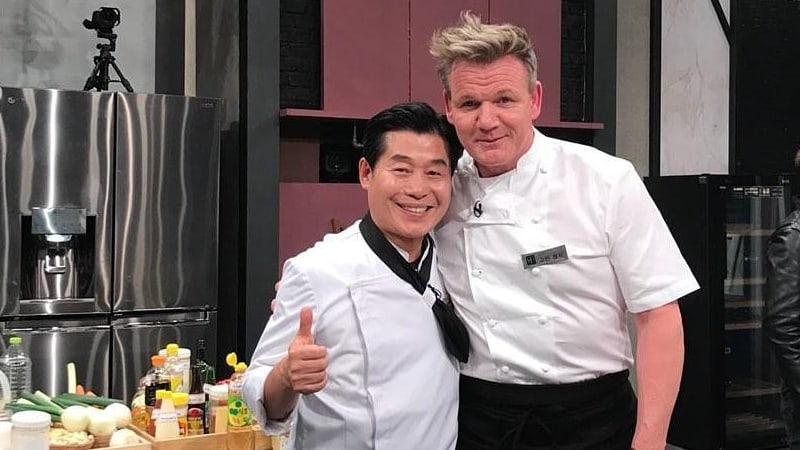 Star chef Gordon Ramsay guest starred on the December 11 broadcast of JTBC’s “Please Take Care of My Refrigerator,” where he faced off against Korean chef Lee Yeon Bok in a heated 15-minute cooking battle.

Gordon Ramsay appeared on the cooking variety show to commemorate its third anniversary. As briefly shown during last week’s broadcast, as soon as he entered the set, everyone stood up to greet him and in turn, he said hello and shook the hands of the other chefs.

The MCs introduced Gordon Ramsay as a star chef with 14 Michelin stars, making him the third chef with the most amount of Michelin stars in the world. Gordon Ramsay said, “I’m so excited to be surrounded by such talented chefs, which is great. Thank you.” Many of the Korean chefs on the show in turn expressed their respect and admiration for Gordon Ramsay, saying they grew up reading about him in books and watching him on TV, so they couldn’t help but be his fans.

When asked why he agreed to come on “Please Take Care of My Refrigerator,” he answered, “Because I’ve been in a lot of competitions and I love competing. It’s in my DNA. I love that competitive spirit, so when I got invited to come over and compete with the very best, I said ‘Yeah! F*** it. Let’s go!,'” and was met with cheers and applause from those on set.

Gordon Ramsay went up against Korean-Chinese cuisine master Lee Yeon Bok to cook for baseball player Oh Seung Hwan. After seeing, smelling, and tasting the ingredients in Oh Seung Hwan’s refrigerator, the two chefs stood side-by-side before they began. Gordon Ramsay asked his competitor, “Should I let you have a 10-minute head start?,” to which Lee Yeon Bok stated, “I will let Gordon Ramsay retire,” as the timer started. 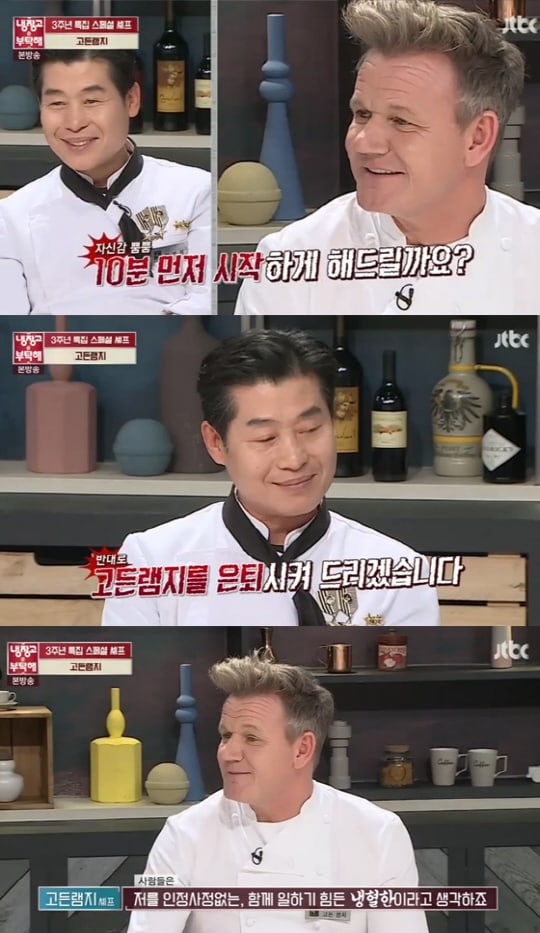 The English chef ran into a few hiccups such as not being able to find where the tools and appliances were, and the crunchy rice becoming stuck to the pan, unlike the seasoned veteran Lee Yeon Bok who has been competing on the show for three years. However, with the help of other chefs on set who helped him find the tools he needed, Gordon Ramsay completed his dish of quick satay stuffed brisket rolls.

In the end, Oh Seung Hwan chose Gordon Ramsay as the winner. The star chef commented, “I would like to take this opportunity to say a big thank you to the most talented chefs in Korea. More importantly, I’d like to invite you to England and we can have a second challenge with English food.” He also later asked if he could come back on the show to defend his title, which was met with enthusiastic yes’s and cheers. 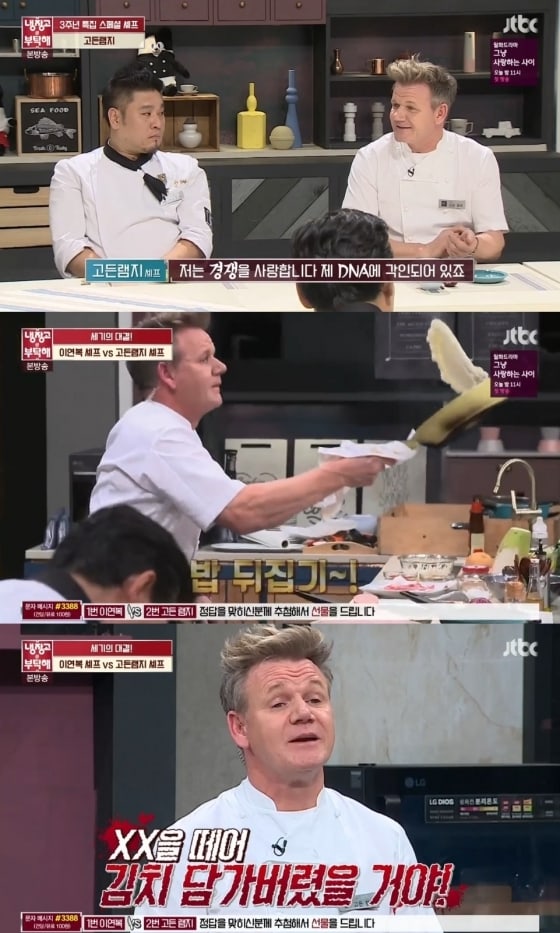 Please Take Care of My Refrigerator
Gordon Ramsay
How does this article make you feel?