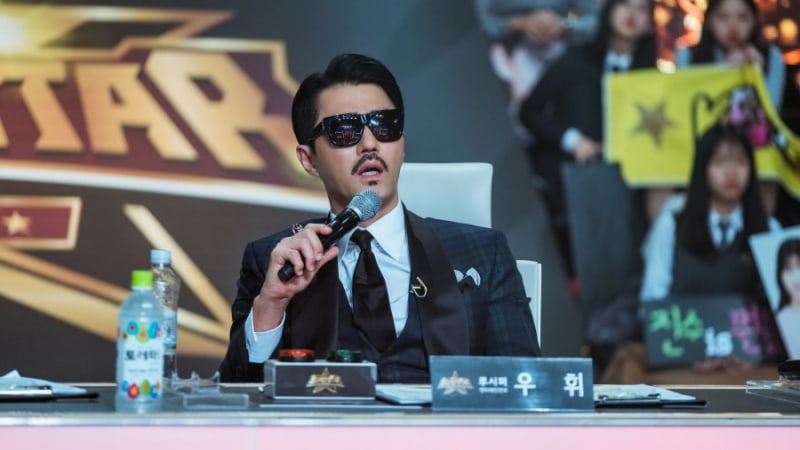 More stills have been released for the highly anticipated tvN Saturday-Sunday drama “Hwayugi.”

“Hwayugi” is a romantic fantasy drama written by the famous Hong Sisters that uses the Chinese classic novel “Journey to the West” as its inspiration. Cha Seung Won will play two characters—Woo Ma Wang or Devil Woo in the heavens, and CEO Woo Hwi of Korea’s largest entertainment agency in the human world.

In the new stills, Cha Seung Won is seated behind a desk, dressed in a checkered suit, black tie, and black sunglasses, as a judge of an audition program. As the CEO of Lucifer Entertainment, he watches the audition stages of the contestants while hidden behind his sunglasses.

After watching the performances, Cha Seung Won doesn’t break his calm demeanor and nonchalantly spits out cutting remarks to critique the contestants’ performances. 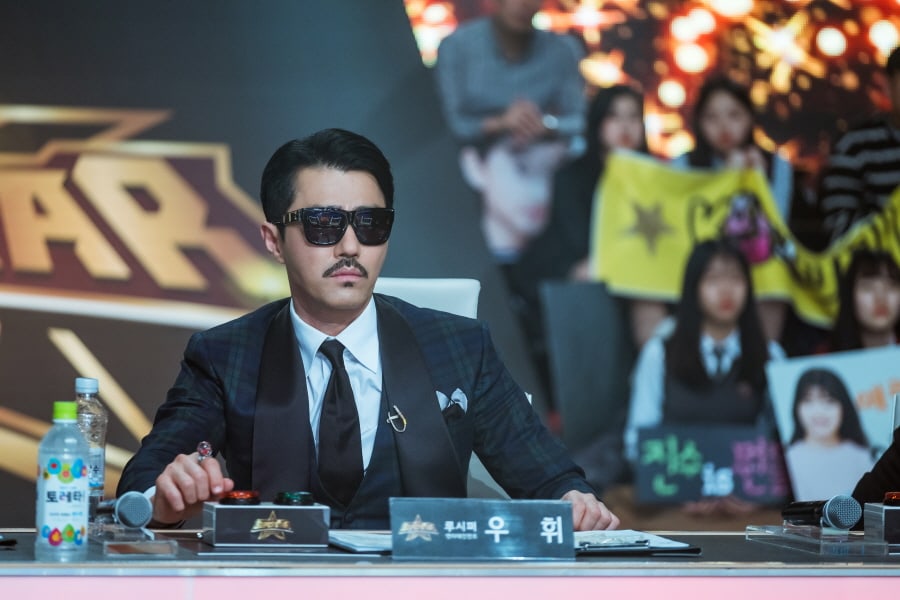 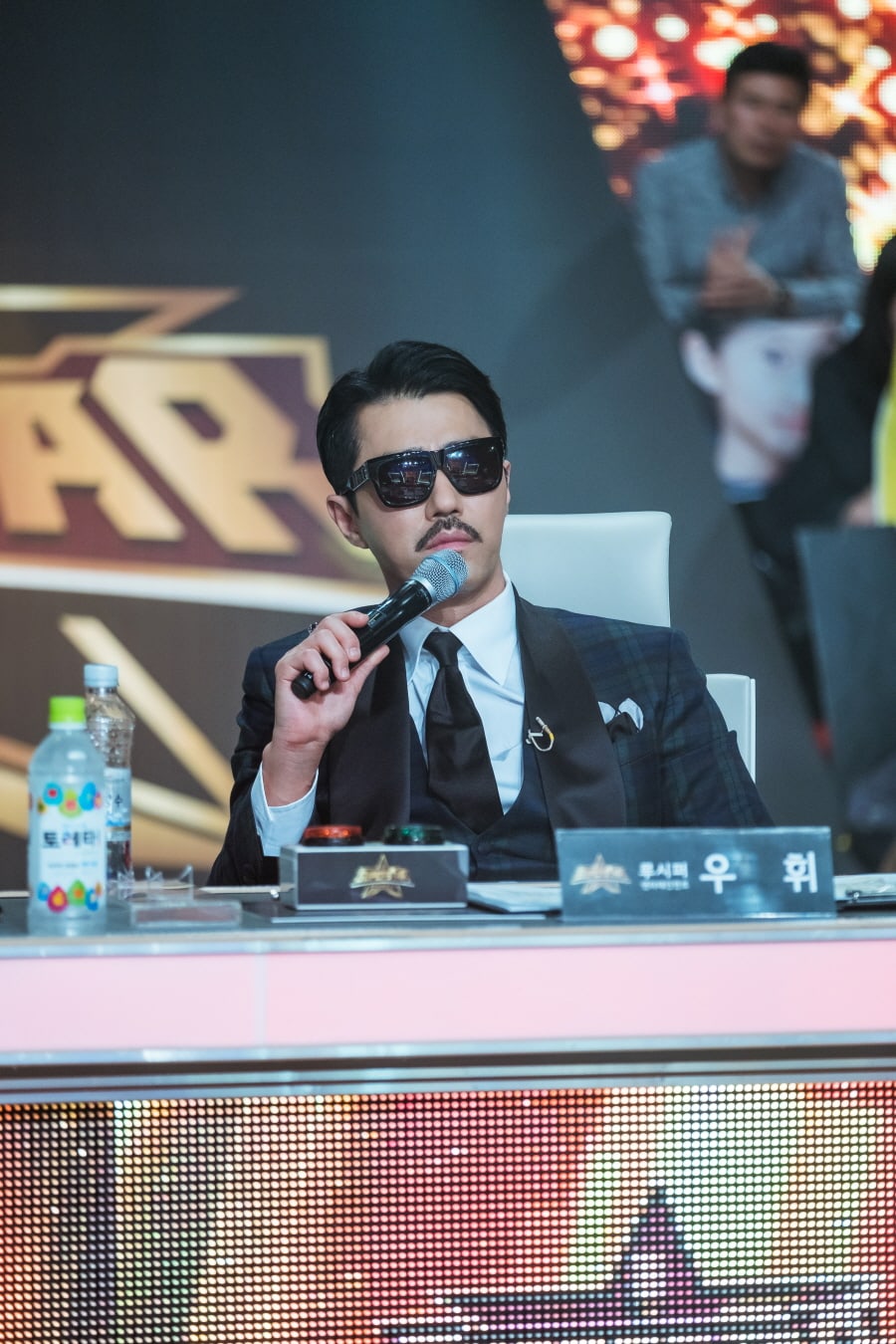 The actor reportedly arrived at the set before filming for this scene began and could not hide his awe and excitement over the filming set, which is a recreation of an actual audition program’s set. However, once he sat in his chair and filming began, he carefully watched the “auditions” and perfectly immersed in his role.

Some other surprise guests were revealed to have made cameos in this scene as judges. In one of the stills, singer Kim Yeon Woo can be seen next to Woo Hwi as well as a nameplate for songwriter Kim Hyung Suk, raising questions about what other famous people from the music industry will make an appearance. 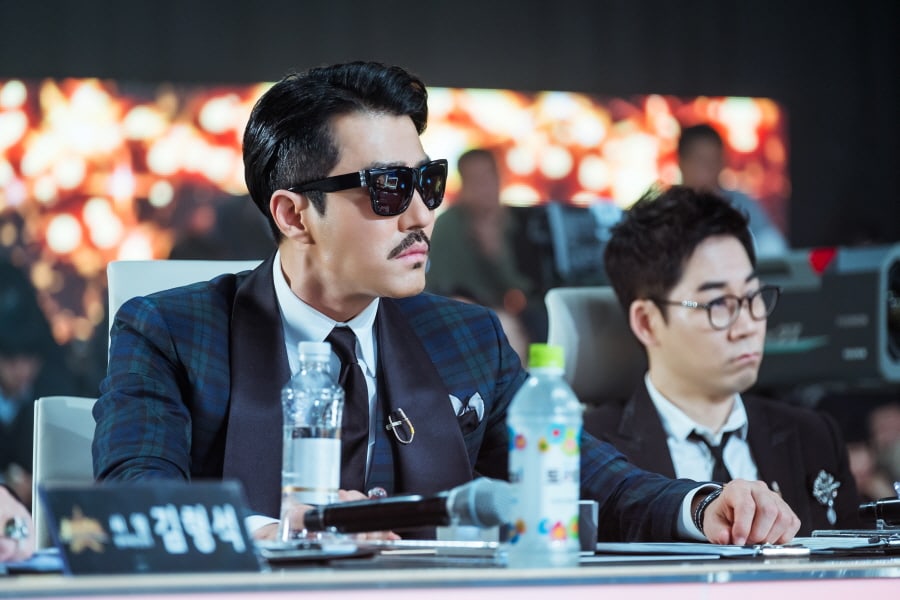 A source from the drama said, “Cha Seung Won’s character CEO Woo Hwi is a character that grabs everyone’s attention and is full of charm. The scene that best captures this is the audition program scene. Please look forward to Cha Seung Won, who will showcase his acting as monster Woo Ma Wang or Devil Woo as well as Korea’s largest entertainment agency CEO Woo Hwi.”

“Hwayugi” will premiere on Saturday, December 23 at 9 p.m. KST. Watch the trailer now!