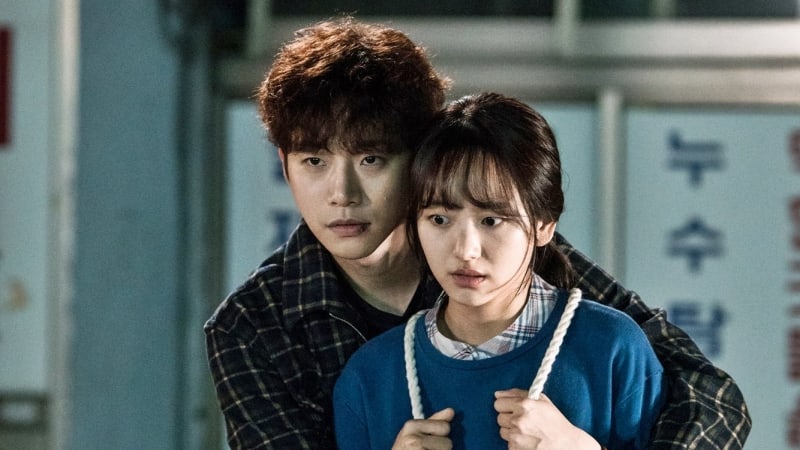 2PM’s Junho embraces Won Jin Ah for the first time in the upcoming episode of JTBC’s “Just Between Lovers”!

The drama, which aired its first episode on December 11, tells the story of Lee Kang Doo, a street-smart kid hardened by his experiences in the back alleys of Busan (played by Junho), and Ha Moon Soo (played by Won Jin Ah), a young architect who struggles to take care of her traumatized mother after her younger sister’s death.

In the show’s first episode, the two main characters meet for the first time when Moon Soo comes to the rescue of Kang Doo, whom she discovers lying bloody and unconscious outside in the rain. Although she doesn’t know it, Kang Doo’s loss of consciousness has to do with an accident in which she was also involved—they both survived the collapse of a shopping mall, after which Kang Doo began to rely on painkillers in order to ease the pain of his injuries.

In the second episode of the drama, which will air on December 12, the two will meet again when Kang Doo goes in search of the person who rescued him. As it turns out, he will be able to repay the favor by protecting her from imminent danger. The newly released stills from the upcoming episode show Kang Doo grabbing Moon Soo and pulling her close. 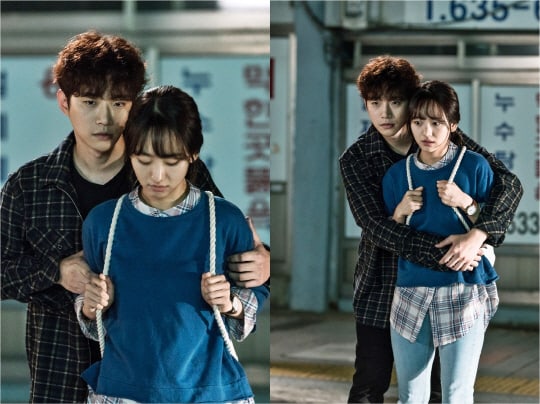 The producers of “Just Between Lovers” commented, “While the first episode depicted the daily lives of Kang Doo and Moon Soo, who each have their own wounds and scars, the second episode that will air today [on December 12] will mark the real beginning of their story.”

To find out what happens between the two characters, don’t miss the next episode of “Just Between Lovers,” which will air on December 12 at 11 p.m. KST.