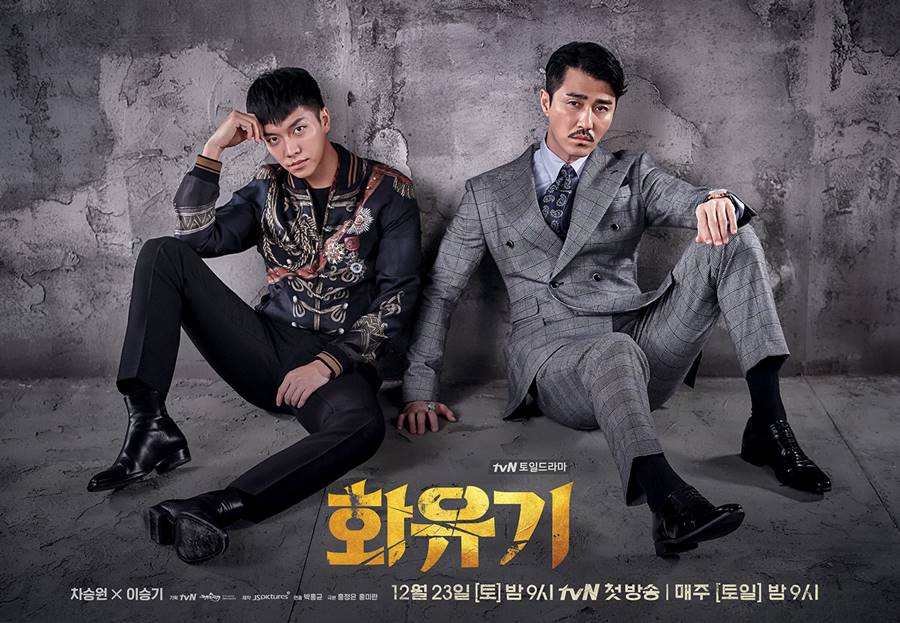 tvN’s upcoming fantasy drama “Hwayugi” has released two official posters of the main characters ahead of the drama’s premiere later this month.

“Hwayugi” is a reinterpretation of the Chinese classic novel “Journey to the West” and will be the story of Son Oh Gong and Woo Ma Wang embarking on a journey to find light in a dark world. A star-studded cast of some of Korea’s finest actors and actresses has teamed up with the Hong sisters and director Park Hong Gyun to create the new weekend drama.

The new posters that were released tease an interesting story. The group poster shows the main five cast members of Lee Seung Gi, Cha Seung Won, Oh Yeon Seo, Lee Hong Ki, and Jang Gwang standing on clouds with a mysterious aura surrounding them as they stare intently at the camera. The second poster is of Lee Seung Gi and Cha Seung Won, who will play Son Oh Gong and Woo Ma Wang respectively. 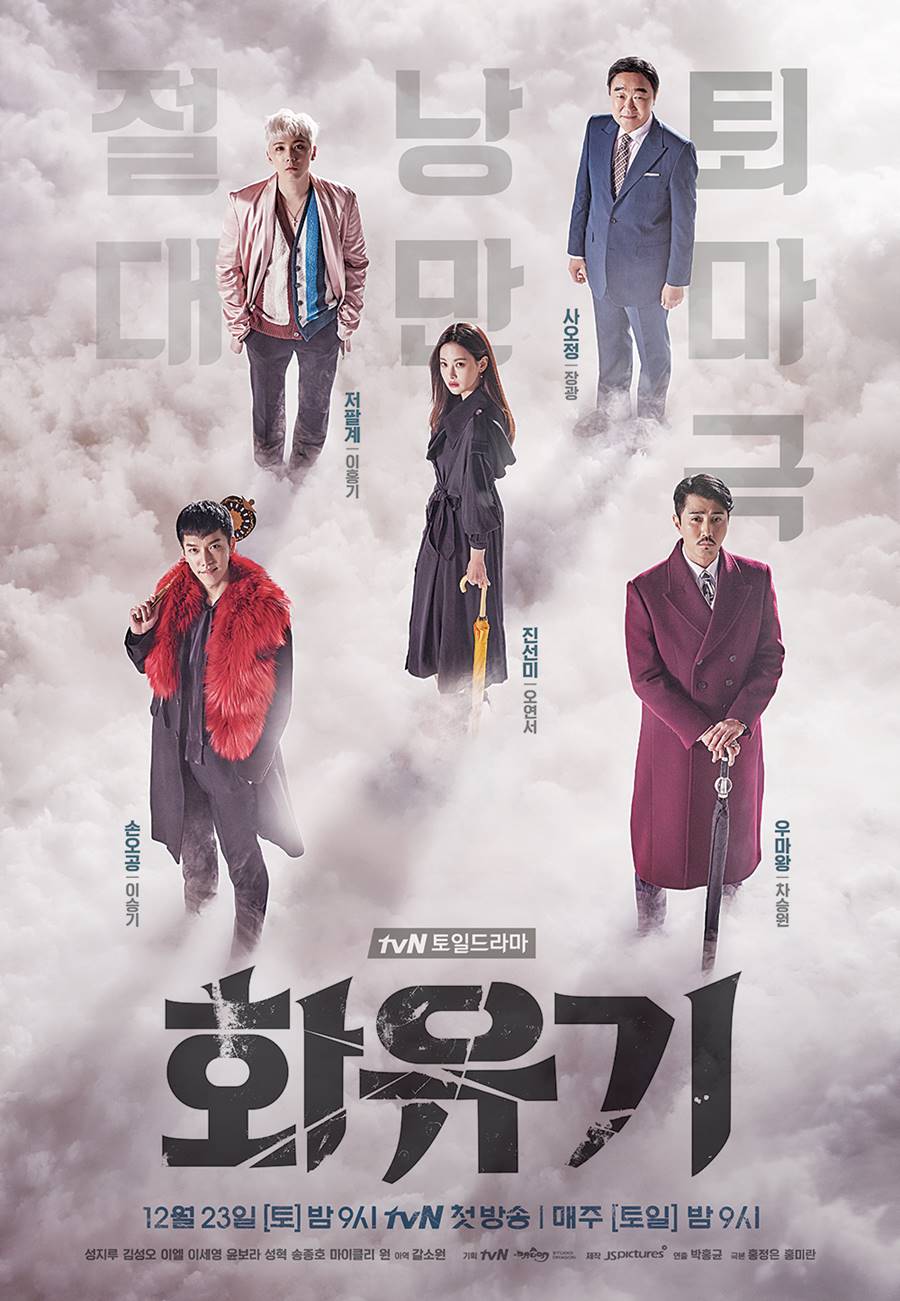 The production staff stated, “‘Hwayugi’ will not be your run-of-the-mill fantasy drama. An amazing cast has teamed up with a stellar crew to create what we believe will be a legendary drama.”

“Hwayugi” will air its first episode on tvN on December 23 at 9 p.m. KST. Check out the teaser for the drama below!