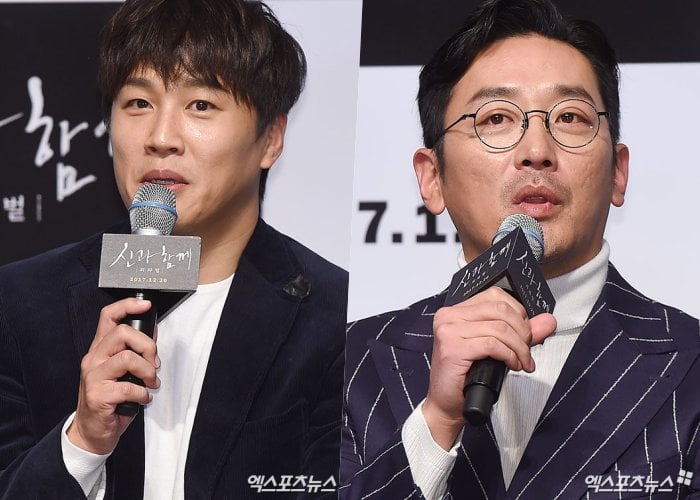 On December 12, film “Along With the Gods: The Two Worlds” held a press conference for their upcoming release, where the cast was asked about who they would like to be reborn as.

Cha Tae Hyun joked, “When I first thought about it, I wanted to be born as my son, so I could be a good son to my parents. If I could choose, I’d rather be born as my son than my daughter.” He then continued, “My second choice would be to be reborn as Ha Jung Woo. I think it would be interesting. He’s one of the most interesting people I know. He’s someone who tries and does a lot of things. I also do this and that, but I think there would be more interesting things if I were born as Ha Jung Woo.”

“Along With the Gods: The Two Worlds” is a two-part film based on a webtoon by Joo Ho Min. It follows a deceased man as he undergoes seven trials over 49 days, and the grim reapers who help him. The film premieres on December 20.

Cha Tae Hyun
Ha Jung Woo
XPN
Along With the Gods: The Two Worlds
How does this article make you feel?