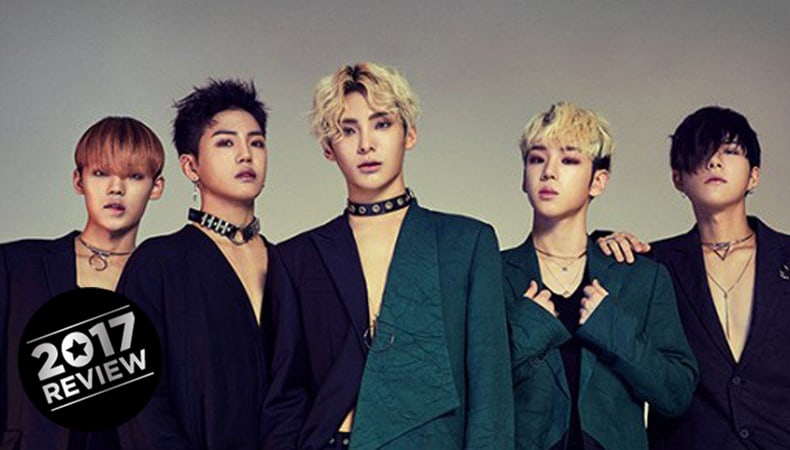 As 2017 is coming to an end, we witnessed many K-pop groups’ debuts over the past few months. Aside from rising idol groups like Wanna One, Golden Child, PRISTIN, and Weki Meki, there are other groups that are still under-appreciated despite showing perceivable talent since their very first performances.

In order of debut, here are nine underrated rookie K-pop groups that debuted in 2017! 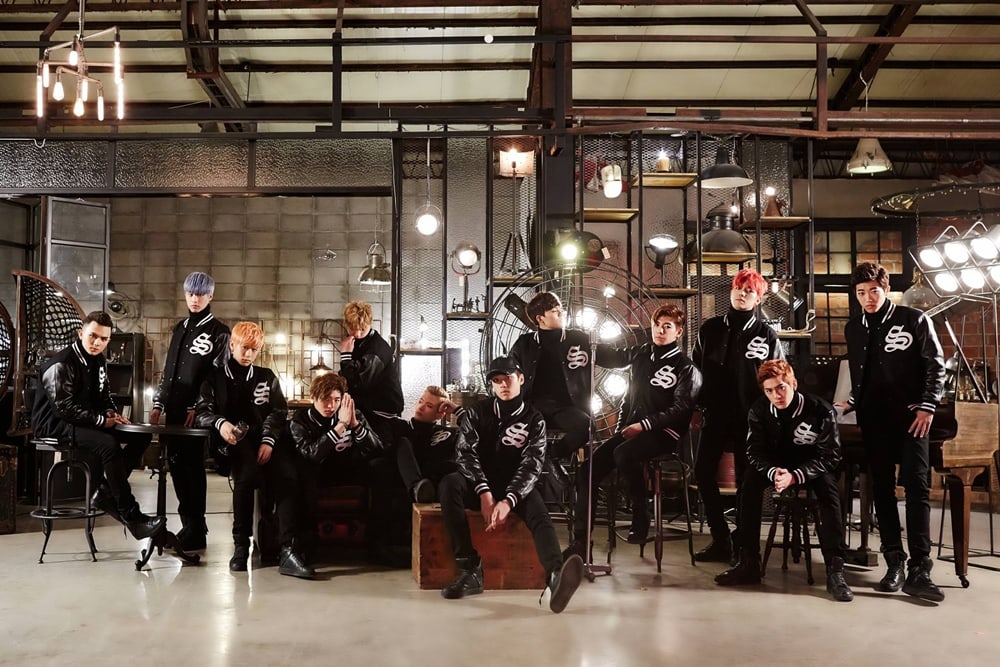 The group’s name speaks for itself. The group consists of seven Korean members (Bullet, Kid, Xiweol, Seungbo, Riho, Yunho, Dawon) and five Chinese members (Damon, Xin, Jaebin, Anthony, Manny), who debuted as one on January 5, 2017 with “U R My Only One.”

The diverse group is set to represent a global idol image, as the members speak Korean, Chinese, English, Arabic, and French. Moreover, harmony reigns over their performances with the vocals, rap, and dance routine complementing one another. 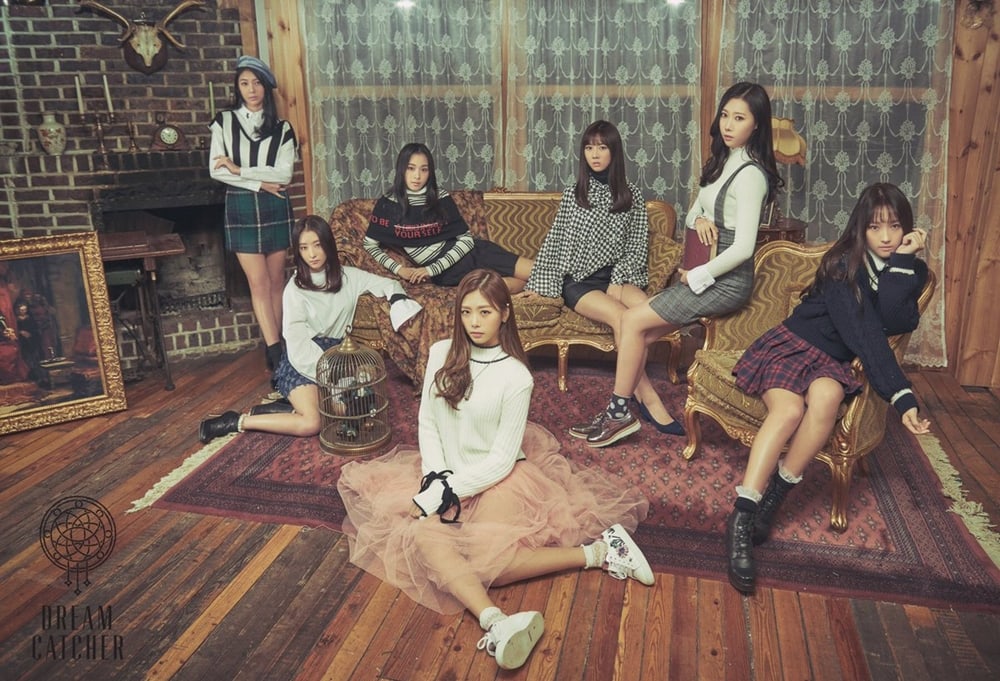 This captivating girl group is a reboot of former group MINX, whose original lineup (JiU, SuA, Siyeon, Yoohyeon, Dami) was joined by two more members (Handong and Gahyeon.) Together, they debuted on January 13, 2017 with “Chase Me.”

They are the first girl group to really adopt a dark concept throughout their music. Their music videos are crowned with impressive vocals and fierce choreographies. Four of the seven members were chosen to be part of “MIXNINE,” but ended up leaving the show because of their overlapping schedules.

So far, the dreamy group has made two comebacks, with their latest title track being “Fly High.” 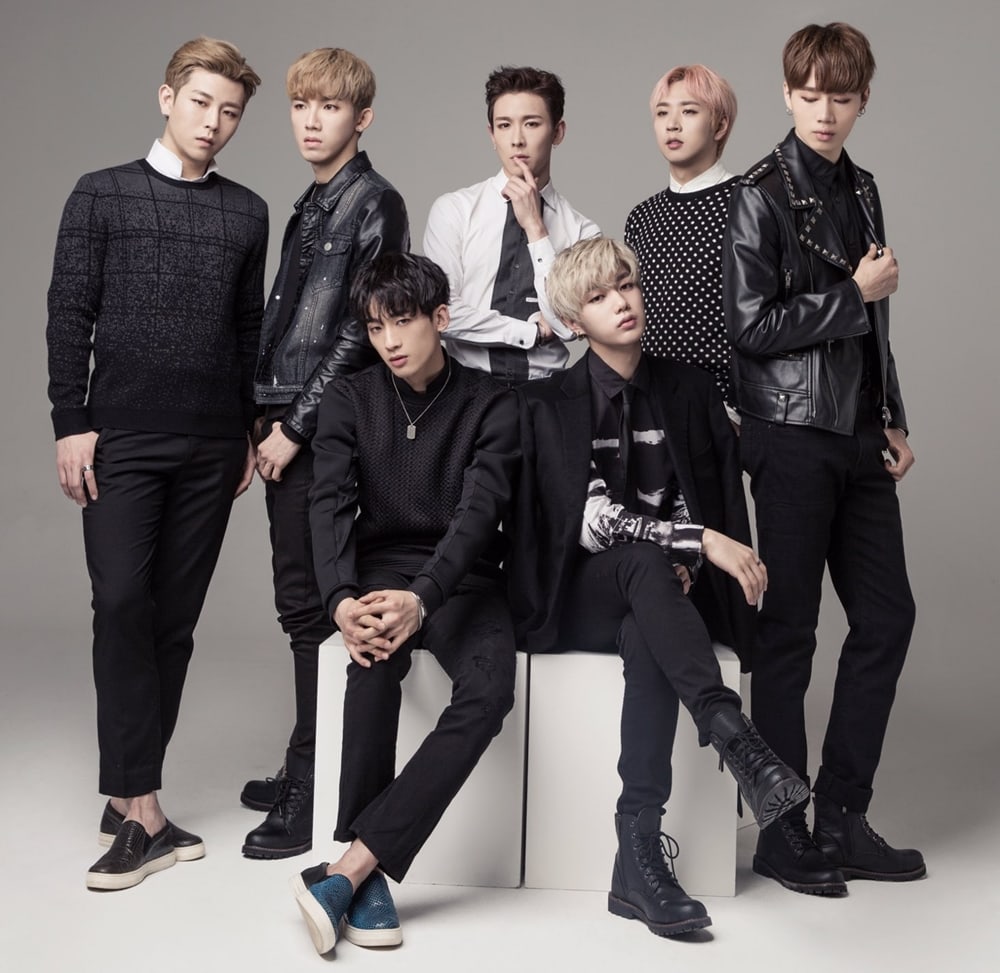 With four out of seven members being former members of dissolved groups, it’s understandable that the rising group doesn’t exactly give off rookie vibes. Furthermore, when you listen to their songs, you can fully distinguish between their golden vocals.

In their latest comeback track “Hello,” the boys gave us a glimpse of their lively spirit and their outstanding dance moves. 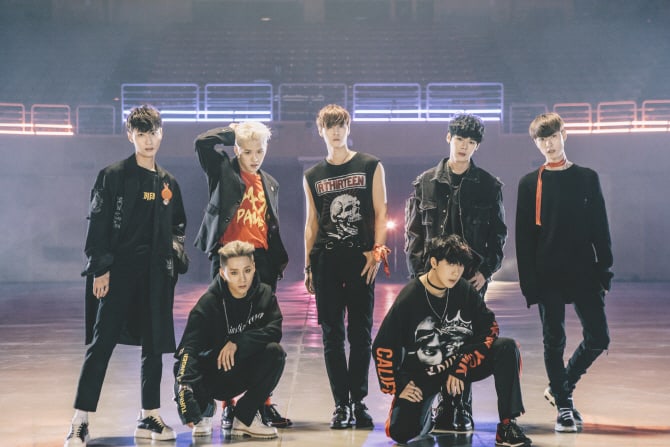 The boys showcase a notable compatibility throughout their choreography, which was highly praised during their participation in the survival show “The Unit.” Currently, only Rayoon (former backup dancer for BTS) is still competing on the show. 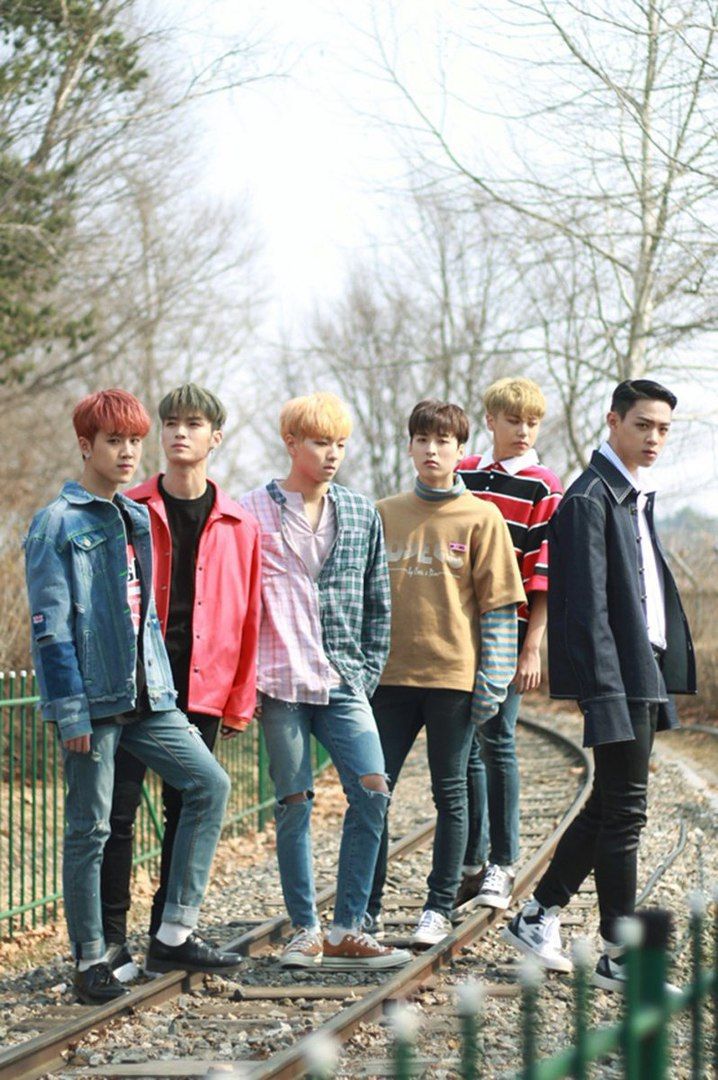 A-Day and Vaan (who is considered to be a doppelgänger of BIGBANG’s TOP) are currently battling for the top nine spots on “MIXNINE” and are ranked at No. 10 and 30, respectively.

Catch a glimpse of their vibrant debut song: 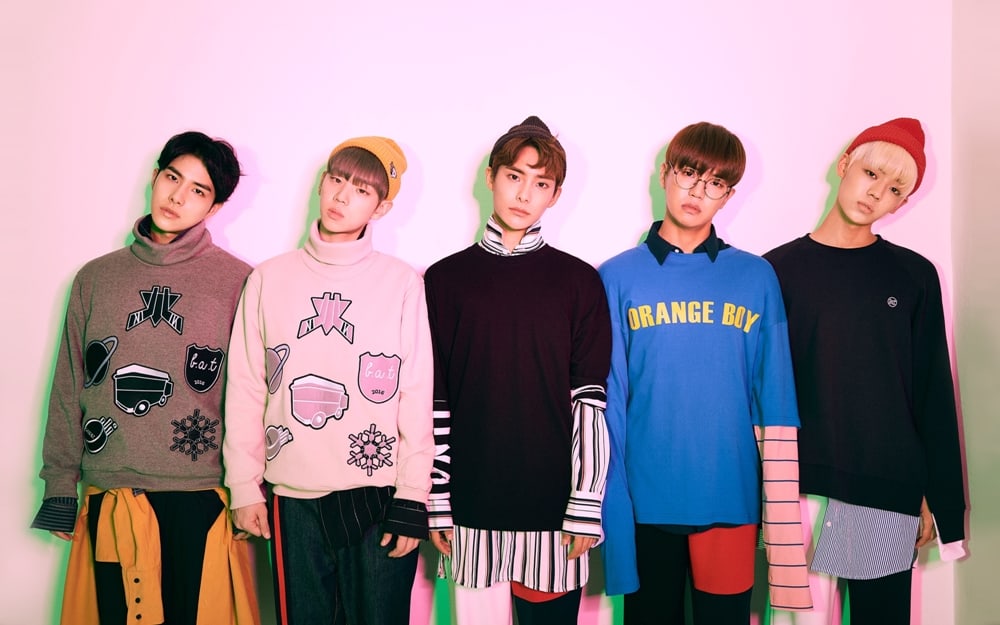 Prior to their debut, all members were part of 1Million Dance Studio, which explains their amazing dancing skills. Their recent comeback single “Callin” beautifully merges aesthetics and emotions.

Currently, the team has divided up to join the two ongoing rival survival shows: Chan and Jun are taking part in “The Unit,” while Jason, Donghun, and Wow are leading on “MIXNINE” so far as they have claimed the 3rd, 6th, and 11th spots respectively.

Read more about why you should keep your eyes on A.C.E here. 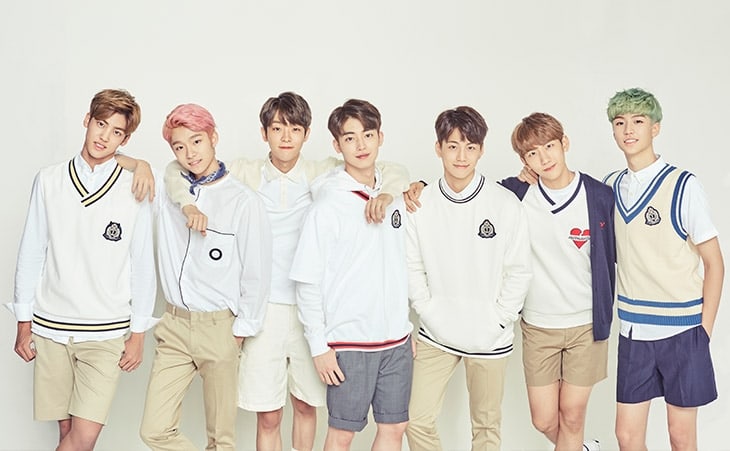 They are known for being Music Works’ first boy group and are also Gong Minzy’s juniors.

After joining “MIXNINE,” Chunjin was eliminated, while Junseob and Xiheon are still part of the show.

Check out their fun and charming music video: 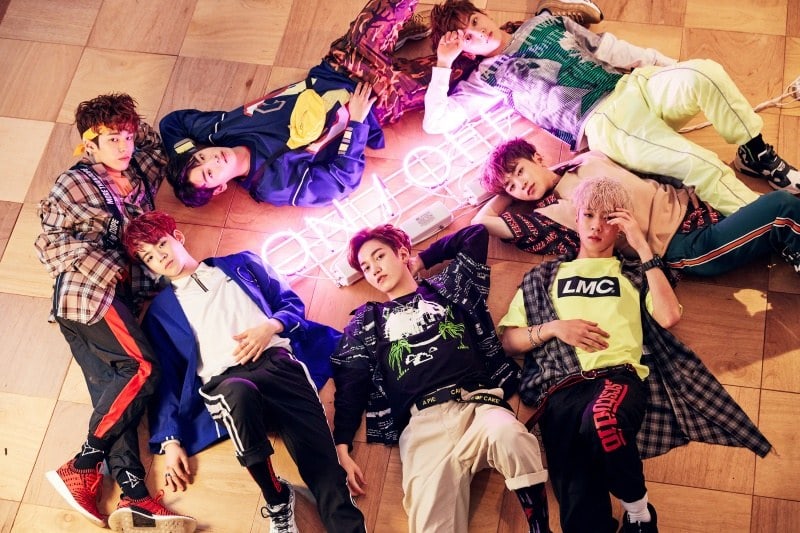 Seven is surely a lucky number! 2017 introduced yet another set of seven talented members (Hyojin, E-tion, J-Us, Wyatt, MK, U, Laun), who turned up their debut stage on August 2, 2017 with “ON/OFF.”

Some of the members trained in other entertainment agencies before uniting under WM Entertainment. Emotional vocals and strong dance abilities are the major components of this group, which is made up of an On team & an OFF team, with their maknae Laun being the “&” in between.

As of now, all of the members are participating in “MIXNINE,” and are currently filling lead positions within the top 20, with Hyojin, Laun, and J-Us occupying positions 2, 4, and 7 respectively.

Read more about the meaning behind their group name here. 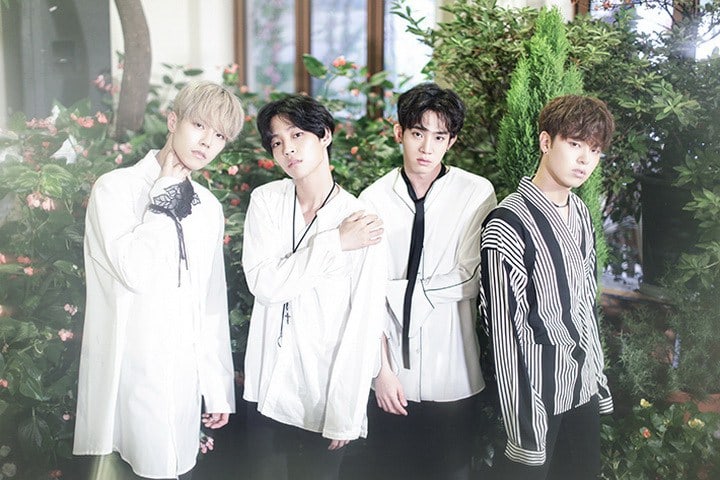 This talented quartet (Do Joon, Jae Hyung, Ha Joon, Woo Sung) debuted with “Sorry” on August 3, 2017. Recently they made a soulful comeback with their second single “Like We Used To.”

The first three members used to be part of a different band before being joined by Woo Sung and debuting as “The Rose,” and the group is heavily involved in the making of their music.

Get to know more about the band here.

Hey Soompiers, which debut from 2017 is your favorite? Let us know in the comments below!