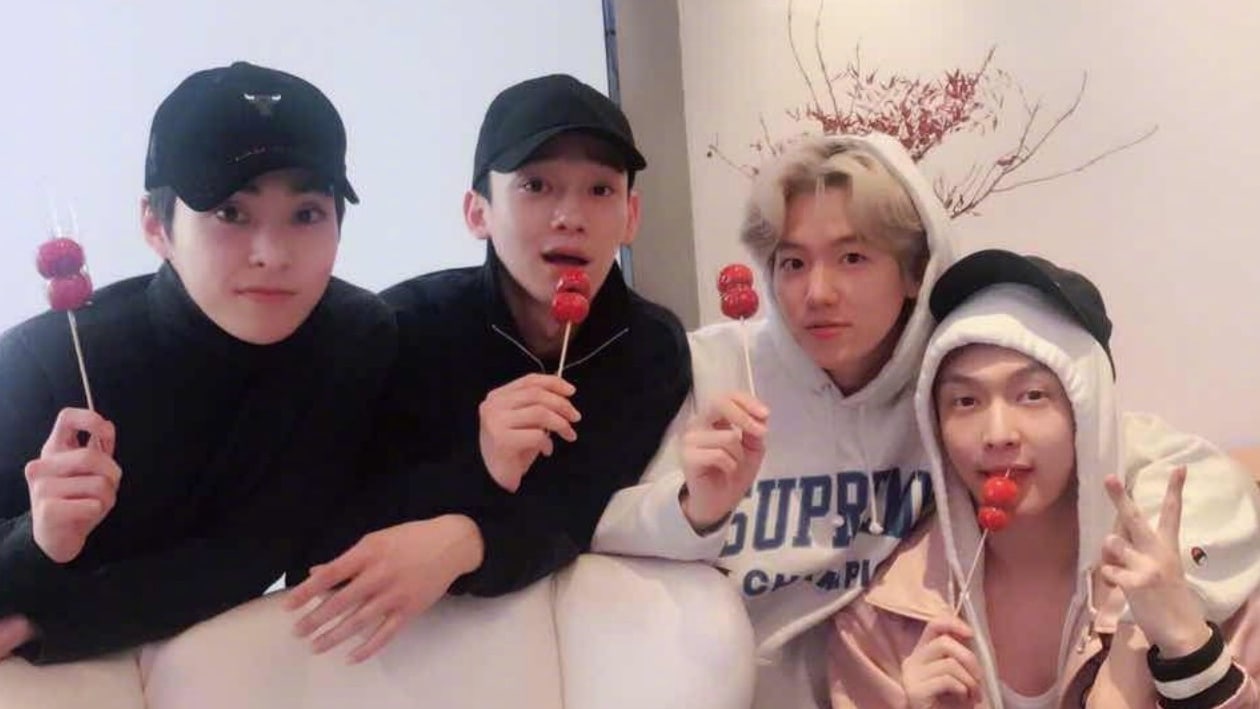 EXO-CBX Meets Up With Lay In China

EXO’s Chen, Baekhyun, and Xiumin got a chance to meet up with their fellow member Lay!

On December 14, EXO-CBX headed over to China for the Korea-China Economic and Trade Partnership event in Beijing. They attended the opening ceremony as representatives of K-pop, and while they were in China, they got to hang out with Lay.

Lay shared a proof shot on his Weibo account alongside the caption, “This is Beijing’s bingtanghulu [candied fruit]. Long time no see.” The photo shows Xiumin, Chen, Baekhyun, and Lay adorably holding up the traditional Chinese snack. 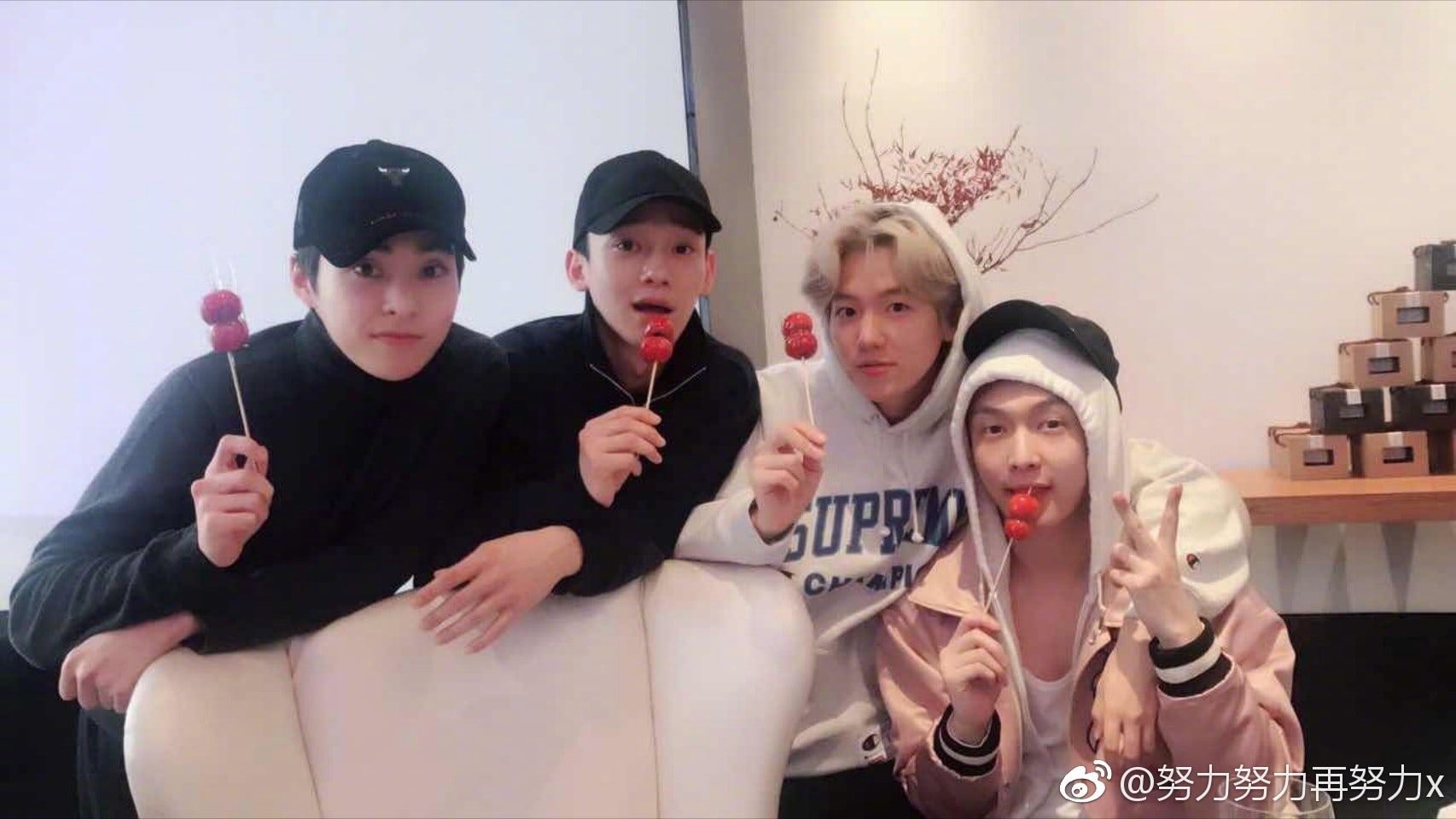 Meanwhile, Lay recently won Album of the Year at the 2017 Tencent Video Star Awards for his second solo album “LAY 02 SHEEP.” He will also be the MC of a Chinese show similar to “Produce 101.”

EXO
Xiumin
Lay
Chen
Baekhyun
EXO-CBX
How does this article make you feel?