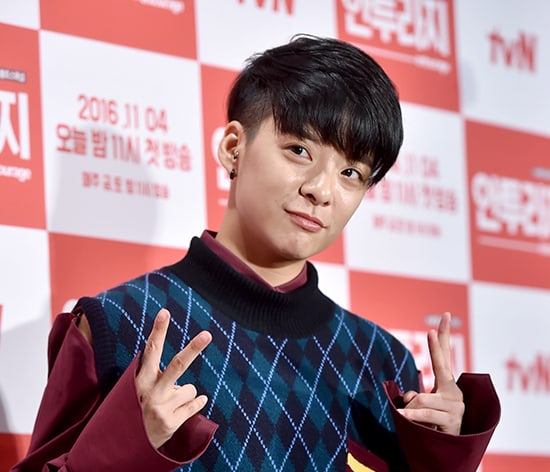 Watch: f(x)’s Amber Shares Why She Responded To Negative Comments About Her Appearance Through Viral Video

f(x)’s Amber sat down with BBC to talk about her viral video in which she responded to negative comments about her looks.

In October, Amber uploaded a video titled “Where Is My Chest?” on her YouTube channel. In the video, Amber ran around with her friend in an attempt to “find her chest” and also wittily replied to negative comments about her appearance. As of December 14, the video has garnered nearly 2 million views.

Amber explained in the interview with BBC, “I’ve been going through thousands and thousands of these comments. It’s very hard to read. I think us humans are just so cruel to each other. We just want to keep judging each other on our looks.”

“I think what a lot of people misunderstand is that me being a tomboy or being androgynous is not a concept,” she added. “That’s me.”

Amber voiced that she felt the need to say something about the issue, and also talked about how she had previously been trying to conform but found it tiring. She said that after creating the video, she noticed others empathized with her experience too.

Watch her interview below!

This K-pop star is DONE with hate about her 'flat chest': https://t.co/BLOFjGp13P

You can also check out Amber’s popular video here!

Amber Liu
f(x)
XPN
How does this article make you feel?