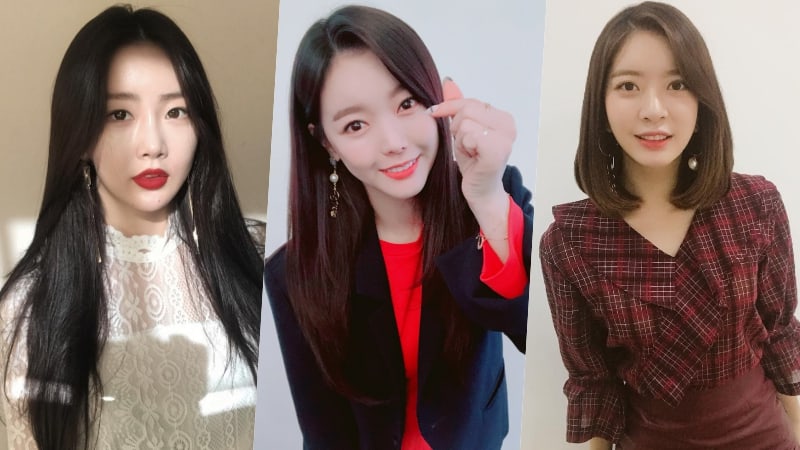 Dal Shabet members Subin, Serri, and Ah Young uploaded handwritten letters for their fans following the announcement that the three members would be leaving Happyface Entertainment.

On December 14, it was revealed that the three Dal Shabet members would be leaving Happyface Entertainment after seven years. On the following day, the members each posted a handwritten letter on their personal Instagram accounts.

Subin addressed her letter to Darling, their official fan club, and wrote, “I debuted in high school and now I’m an adult. It is not enough to say thank you to the Dal Shabet sisters and Happyface family members. I spent the last seven years relying, improving, learning, and sharing a lot with you and I owe you all so much.”

She emphasized that this was not the end of Dal Shabet and asked fans to look forward to her future activities. Subin ended the letter telling fans to be careful not to catch a cold and that she sincerely loves them.

Dal Shabet’s leader Serri also posted a letter. Serri started, “My heart is heavy every time I have to write a handwritten letter. Now, I want to carefully talk about not our end but a new beginning. My contract with Happyface Entertainment ended in October.”

She mentioned the ups and downs in the past and expressed some doubt over whether or not she did a good job as the role of the group’s leader. Above all, she thanked fans for their support that helped her get through her difficulties and stated it was a difficult decision for the three members to move on from their agency.

Serri concluded, “Just because our contract is over, it doesn’t mean Dal Shabet is forever leaving your side. I can’t promise you when we will stand before you, but I want to say someday the four members will be on stage as Dal Shabet and smile with you.”

Ah Young explained to fans that their decision to part ways with Happyface Entertainment was not easy and a decision made after lots of contemplation and discussions. She wrote, “I’m cautious that my letter will come off as a final goodbye for Dal Shabet. It will be hard to show you a Dal Shabet that has always been together like now, but I will work hard on my personal promotions and will always join Dal Shabet when given the chance.”

She also thanked the CEO and staff of Happyface Entertainment as well as the fans for giving her strength. Ah Young concluded, “I will work hard to repay you for your love. Please look forward to it.”

We wish the best of luck to Subin, Serri, and Ah Young on their future endeavors!

Dal Shabet
Subin
Serri
Ah Young
How does this article make you feel?