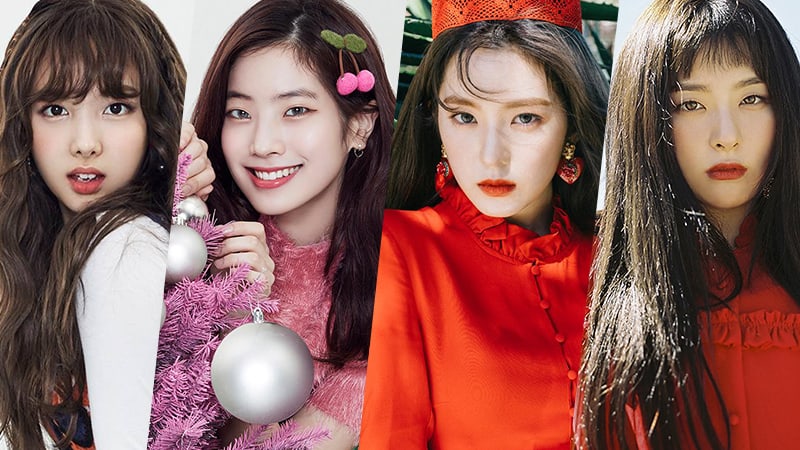 Red Velvet will no longer be collaborating with TWICE at this year’s SBS Gayo Daejun.

A source from SBS explained, “Red Velvet will be stepping down from their ‘Gayo Daejun’ collaboration. However, they will still be attending the ceremony as planned.”

Originally, Red Velvet’s Irene and Seulgi were set to perform one of Fin.K.L’s songs with TWICE’s Nayeon and Dahyun. According to reports, other TWICE members will be taking the two open spots in lieu of Red Velvet.

TWICE and Red Velvet will be putting on a special performance at this year’s SBS Gayo Daejun!

On December 15, a source from SBS revealed that Red Velvet’s Irene and Seulgi will be holding a collaboration stage with TWICE’s Nayeon and Dahyun. The four idols will be transforming into Fin.K.L, a first generation girl group that consisted of Ock Joo Hyun, Lee Hyori, Sung Yuri, and Lee Jin.

Dahyun recently said on a radio show that she wants to grab a meal with Red Velvet, so it looks like this will be a great time for all of them!