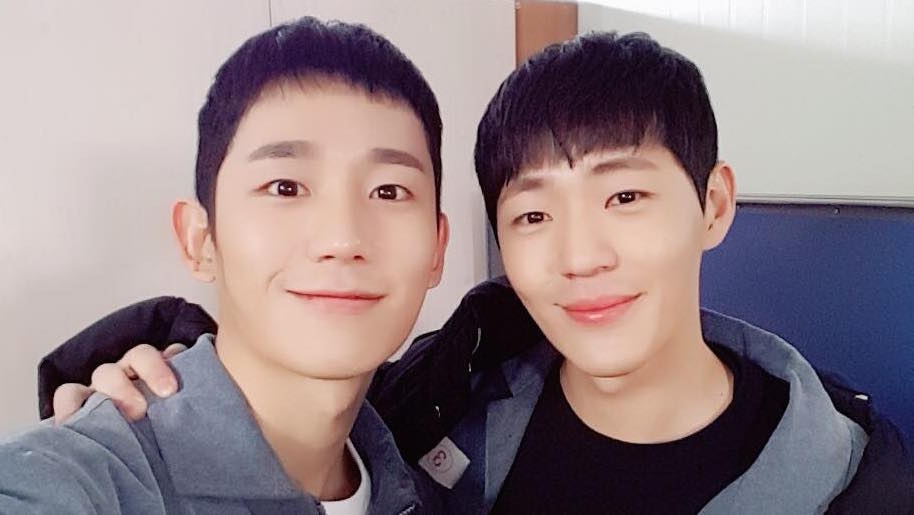 Jung Hae In and Shin Jae Ha from “While You Were Sleeping” have reunited!

On December 14, Shin Jae Ha shared a photo of him posing with Jung Hae In on the set of tvN’s “Prison Playbook.” He wrote as the caption, “These two nice people end up meeting again at a prison,” referring to the fact that they both played nice characters in “While You Were Sleeping” but are now playing prisoners.

In the drama “Prison Playbook,” Jung Hae In plays the role of Captain Yoo Jung Woo, who goes to prison for being linked to the death of a soldier. Shin Jae Ha’s character Kim Min Sung is a poor student and convenience store part-timer who ends up at a prison for not being able to pay the settlement after getting involved in a car accident.

“Prison Playbook” airs every Wednesday and Thursday at 9:10 p.m. KST.

Jung Hae In
Shin Jae Ha
Prison Playbook
How does this article make you feel?