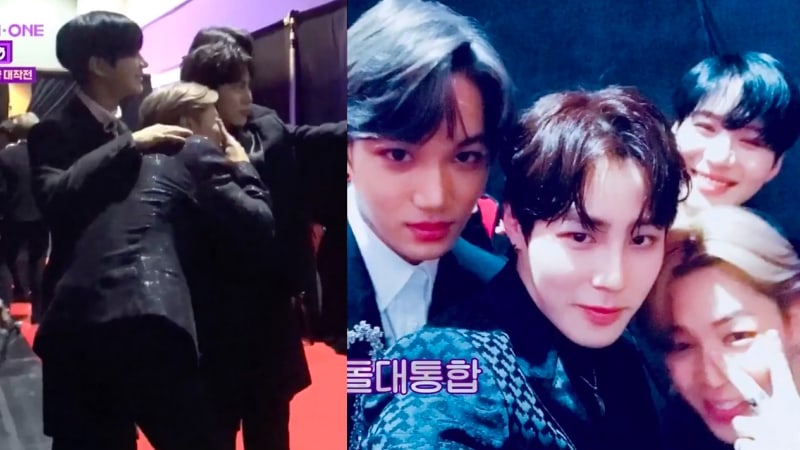 Wanna One’s Ha Sung Woon got to meet some of the members of his famous crew of friends backstage at the 2017 Mnet Asian Music Awards (MAMA) in Hong Kong!

Ha Sung Woon, SHINee’s Taemin, EXO’s Kai, and BTS’s Jimin are all part of a close friend group along with HOTSHOT’s Kim Timoteo and more. Ha Sung Woon attended his first MAMA ceremonies ever this year as a member of Wanna One, as the group took part in all three major ceremonies. Since Taemin, EXO, and BTS also attended the final show in Hong Kong, Ha Sung Woon got to hang out with his friends and celebrate their successful year together!

In the December 15 episode of Mnet’s “Wanna One Go,” the show followed Wanna One backstage at 2017 MAMA in Hong Kong. As Wanna One was nervously waiting to head out on to the red carpet, Ha Sung Woon was seen talking and laughing with Taemin, Kai, and Jimin, as well as excitedly giving Taemin a hug, and the four idol dancers all took a photo together. 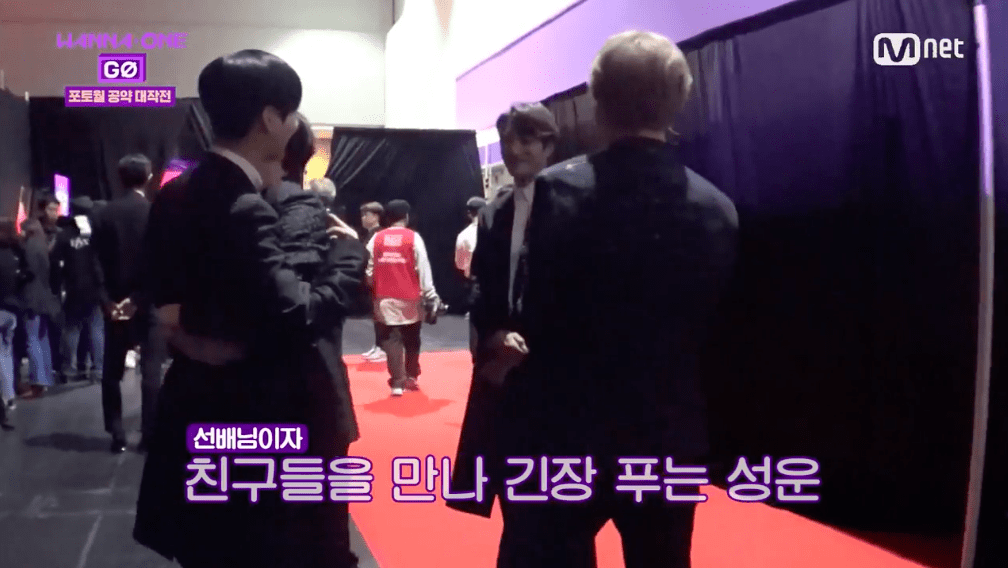 Afterwards, Ha Sung Woon explained that the others had thought he seemed cute as he was so excited about it being his first time at the show. 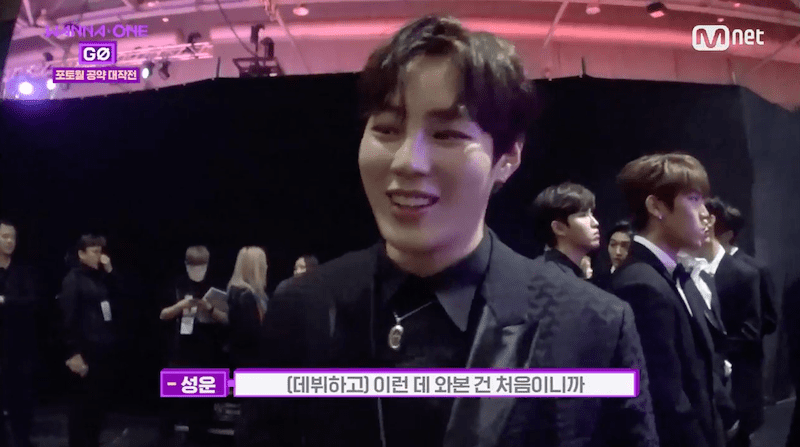 Ha Sung Woon was also spotted during the night watching BTS’s performance together with Taemin and Kai, being hugged by them when Wanna One won the award for Best Male Group, and more.

Watch them backstage below!