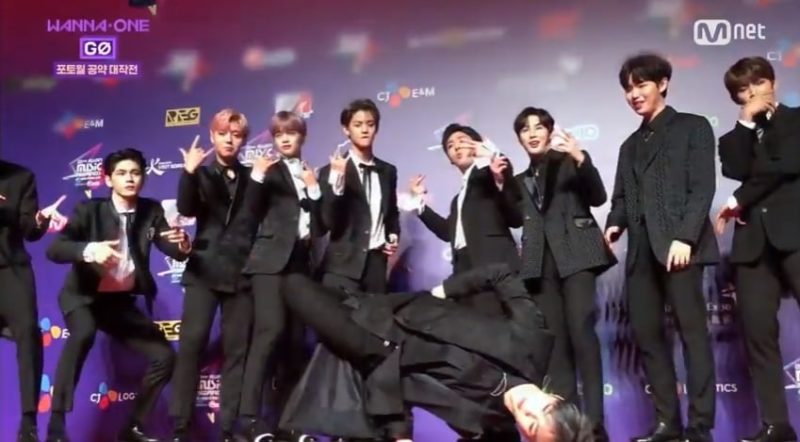 During the December 15 episode of “Wanna One Go: ZERO BASE,” the story behind Kang Daniel‘s funny pose in front of Mnet Asian Music Awards (MAMA) in Hong Kong’s photo wall was revealed.

While they were backstage during MAMA in Japan, the boys discussed how they should pose in front of the photo wall. Ha Sung Woon first suggested they should spell out MAMA, but they eventually decided to pose “with swag.” Kang Daniel mentioned how Ahn Joon Young, the producer (PD) of “Produce 101 Season 2,” did a freeze (b-boying technique) at a press conference, and then boldly declared, “I’m going to do a freeze.” 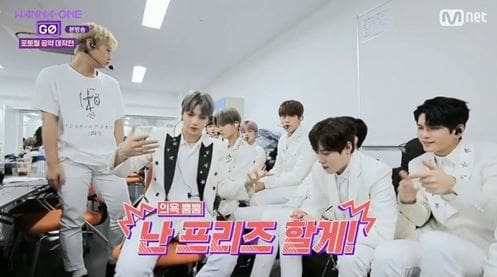 However, contrary to the group’s wishes, things didn’t work out, and none of the members were able to show their poses as declared. Wanna One didn’t give up though, and they decided to challenge themselves again at MAMA in Hong Kong.

During the award ceremony in Hong Kong, the members of Wanna One looked anxious before they had to go on the red carpet, especially Kang Daniel who was chosen to lead the group in posing. However, he pushed down his fears and bravely stated, “A man should keep his words.” This time, he kept his promise and knelt down on the carpet to show off the b-boy move with his legs in the air. The members gained confidence, and followed in his steps to pose in diverse ways behind him. 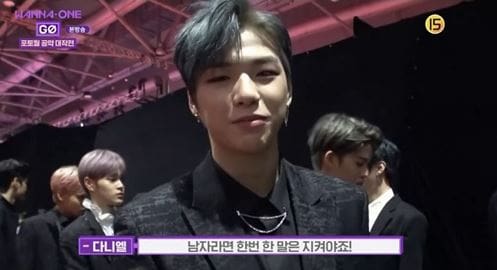 Once they came back from the photo wall, Kang Daniel couldn’t hide his embarrassment. He regretted his actions, saying, “What do I do? I became an internationally crazy person. I’m embarrassed. I’m really embarrassed.” 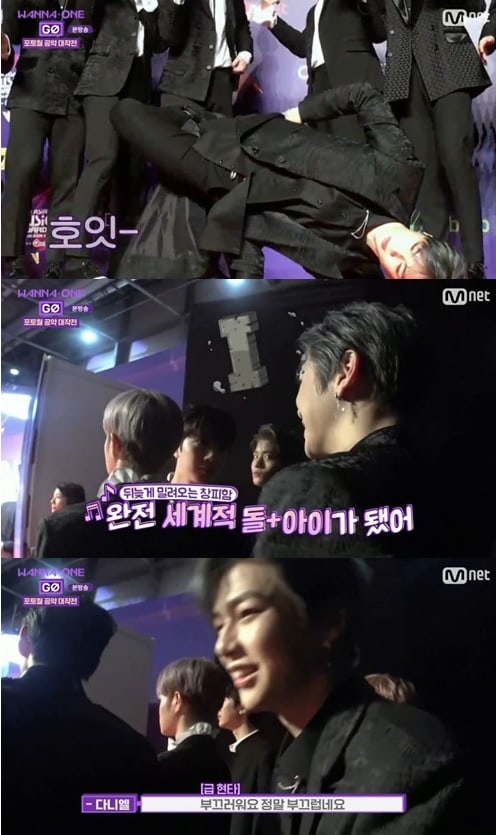 Wanna One
Kang Daniel
Wanna One Go: ZERO BASE
How does this article make you feel?