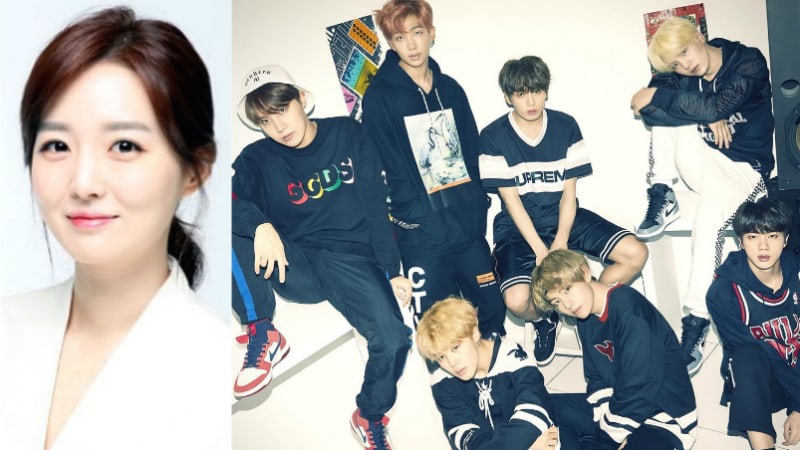 Announcer Kim So Young, who previously proved her status as an ARMY, couldn’t help but laugh hilariously at a fan talking about their age as a BTS fan.

On December 15, the announcer took a screenshot of a question from a portal site and uploaded it to her personal Instagram. In the screenshot, a fan asked, “[Jungkook] is handsome, sings well, dances well, has a great voice, and is good at sports, too. I really like him, but I’m 23 years old. Is it shameful if a 23-year-old likes idols?”

To that, someone replied, “Why does age matter? Do you know Oh Sang Jin’s [wife] Kim So Young? She’s 30, but she’s a huge fan of Jungkook. When she gets home after work, she watches videos of Jungkook for an hour and a half before going to sleep. Oh Sang Jin even gets jealous ^^ Age doesn’t matter when you like [someone]. Jungkook has a lot of older female fans because he’s sexy even at a young age. His female fans call him oppa [term for older guy]. You can like Jungkook all you want~”

After posting the screenshot, Kim So Young wrote as the caption, “I burst out laughing [at the comment] ‘She’s 30.'”

Other people responded in positive, comforting ways as well. One woman said, “I’m a 35-year-old mom…can’t I like BTS?” Another person commented, “There’s no age limit to liking a person!”

It looks like Kim So Young is a role model for the older generation of ARMY!

BTS
Kim So Young (1987)
How does this article make you feel?