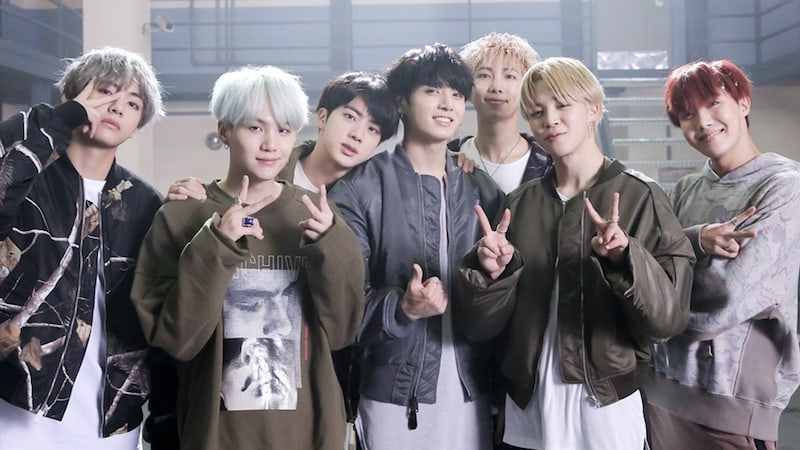 Canadian singer Shawn Mendes had lots of great things to say about BTS after seeing them at the American Music Awards!

While BTS staged their U.S. television debut performance at the American Music Awards on November 19, Shawn Mendes also performed at the ceremony that night and took home the award for Favorite Adult Contemporary Artist.

In a recent interview, he talked about meeting BTS backstage at the show. “They were so sweet,” he said. “They were probably the most beautiful guys I’ve ever seen in my life. Truly, I didn’t know humans existed that beautiful.”

He added, “Their performance was insane, and I watched the video back like a hundred times. It almost feels like a movie that they would shoot a million times to get perfect is what they did live, and so I think they’re incredible.”

When asked if he’d collaborate with the group if he could, Shawn Mendes replied, “I would love to, I think that’d be amazing.” He then joked that he’d leave the dancing up to them.

“They were so sweet. They were probably the most beautiful guys i’ve ever seen in my life. Truly I didn’t know humans existed that beautiful.” — Shawn talking about @BTS_twt pic.twitter.com/i1LipDZX8V

BTS
Shawn Mendes
How does this article make you feel?