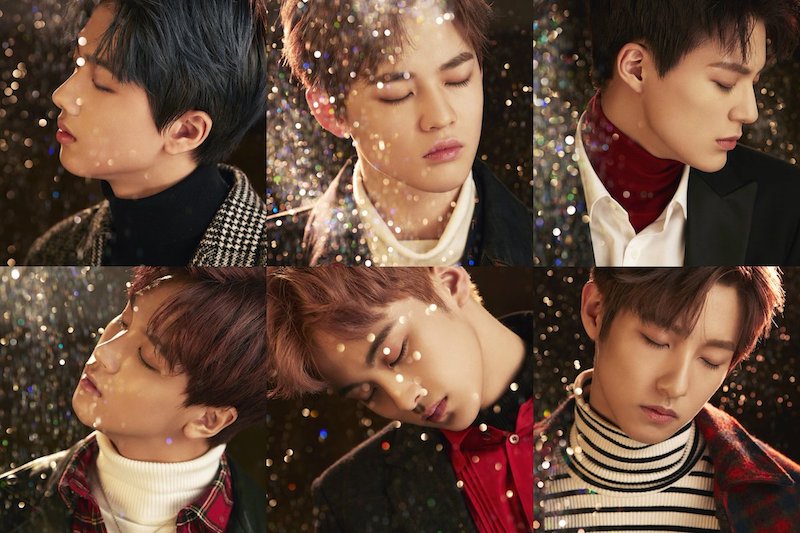 A reinterpretation of two classic Christmas carols, “Jingle Bells” and “Joy to the World,” the track is an upbeat pop song that features a rap section personally written by Mark.

When his fellow members asked him to talk about his lyrics, Mark shared, “Because the original songs are very bright, I tried to come up with something similar. I wrote lyrics that would match the overall atmosphere as much as possible.” 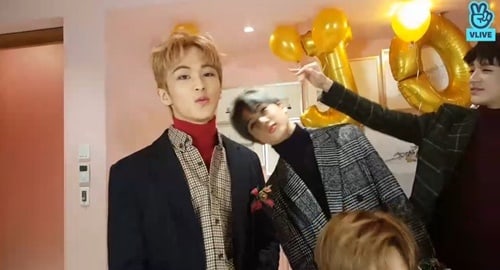 NCT Dream also revealed how they actually filmed the music video first, saying, “There were a lot of memorable moments.”

Jisung admitted, “I filmed with a donkey, but I was so scared. I normally get scared easily…and I think I was shocked because it was the first time I saw such a big animal up close.” Mark chimed in, “The donkey’s head was about two or three times bigger than Jisung’s face.” 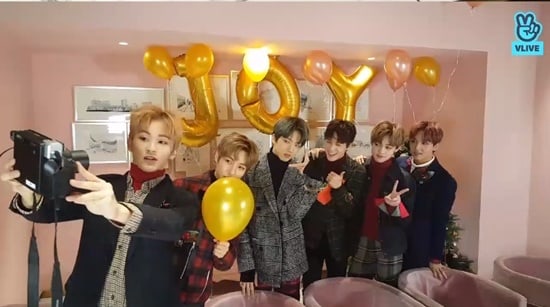 At another point in the broadcast, NCT Dream replied to one fan’s written wish that said, “My dream is to watch NCT Dream’s solo concert.” They confessed, “Our dream is also to hold a solo concert,” before Jeno suggested that they should tie the piece of paper up on a Christmas tree. “That way, the wish will come true,” he explained.

In honor of the season, the boy group also exchanged presents with each other, gifting things like a candle, and a handmade painting.