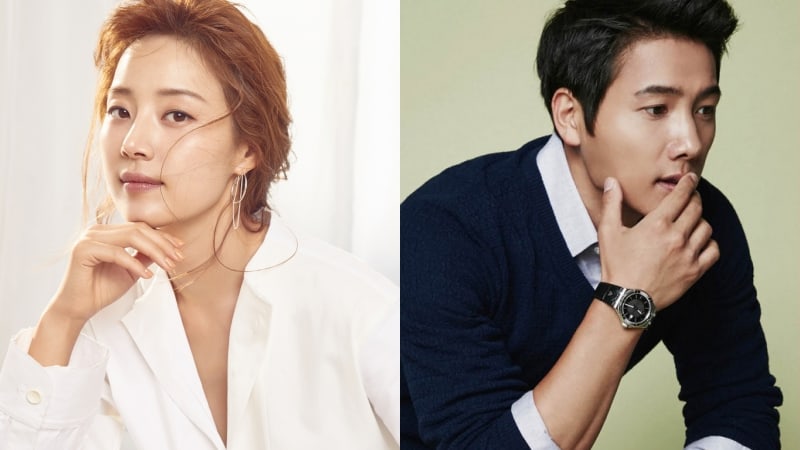 Han Ji Hye and Lee Sang Woo have been confirmed as leads for the upcoming KBS 2TV drama “Do You Want to Live Together?” (working title).

This new Saturday-Sunday drama will air following the end of “My Golden Life,” and will tell a fun story that aims to make viewers laugh and move their hearts with its storyline about parents in their 60s and children in their 20s-30s.

“Do You Want to Live Together?” will be centered around the family of a single dad and master shoemaker named Hyosub. After the death of his wife, he raised his four children alone and recently remarried a woman who is the owner of a building.

This will be actress Han Ji Hye first time appearing on the small screen in three years. She will play the role of second-oldest daughter Park Yoo Ha, who studied hard to go to medical school and recently completed her residency. She felt the only way to repay her father and older sister for raising her was by studying hard and becoming a doctor.

Due to her goal-focused personality, she has no interest in other people’s lives. Some may think of her as chic, while others may describe her personality as cold.

Actor Lee Sang Woo will play the role of Jung Eun Tae, an intellectual and handsome surgeon who is the person residents avoid the most due to his nickname “crazy dog,” but is the most popular doctor amongst patients.

After volunteering in foreign countries, he returned to Korea to work on expanding hospitals’ contribution to social welfare. He is also a bachelor due to his family history. His father chose medical volunteering over his dying mother and when Jung Eun Tae realized he was becoming similar to his father, he chose to not get married and be alone for the rest of his life to avoid another victim like him.

A source from the drama said, “Something to watch out for in the drama will be how Park Yoo Ha, who lost her mom at an early age, and Jung Eun Tae, who chooses to be alone due to not wanting to become like his dad, mature through their encounters with each other. Han Ji Hye, who is returning to television for the first time in a while, and handsome actor Lee Sang Woo are working hard. Please look forward to these two actors who will lead the upcoming weekend drama after ‘My Golden Life.'”

“Do You Want to Live Together?” is written by writer Park Pil Joo of popular works, such as “Drama Special: Monster,” “Tomorrow Cantabile,” and “House of Bluebird,” and directed by Yoon Chang Bum of “Empress Myeongsang,” “Seoul 1945,” “The Great King Sejong,” and “The King of Legend.”

The drama will premiere in the first half of 2018.

Han Ji Hye
Lee Sang Woo
How does this article make you feel?