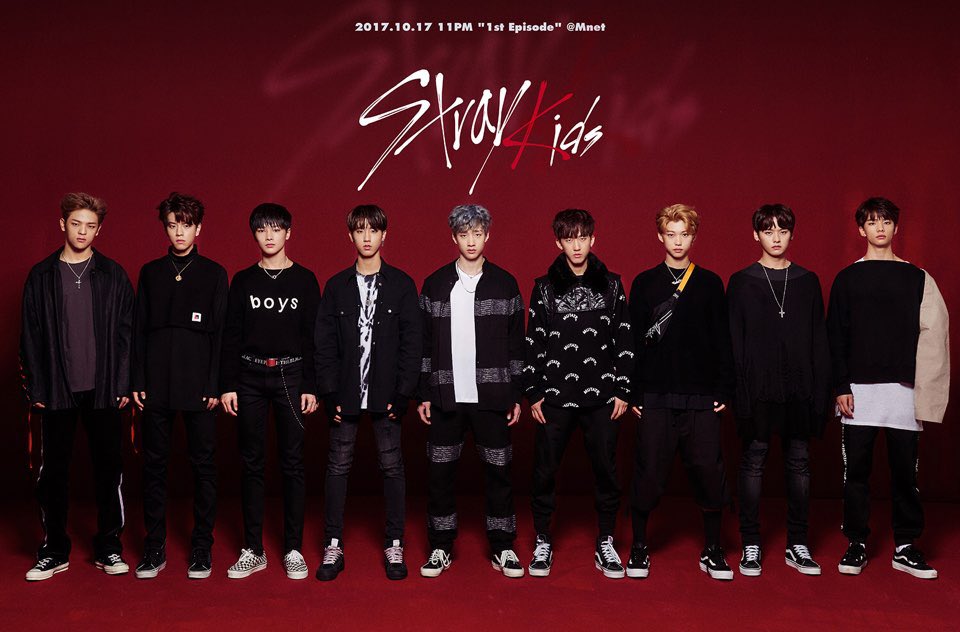 In case you haven’t heard, “Stray Kids” is a new survival program that decides the final lineup of JYP’s newest boy group. The trainees must fight against JYP to debut as a whole, but JYP will evaluate their skills through missions to determine if each boy can make the cut. In the end, both the audience and the boys themselves hope that Stray Kids can debut as nine! For those of you who haven’t already jumped on the bandwagon, I’m about to convince you why “Stray Kids” is a show worth watching.

1. Getting to know the members

This is the first time that the current JYP trainees have been shown on television, so naturally people are curious. When they aren’t working hard, there are times when the boys are shown having fun and being their adorable selves. Those precious moments of team bonding and friendship in particular are irresistible to watch.

2. Seeing the unique stages that the boys create themselves

Stray Kids aims to be a self-producing group, and they already have worked on their own lyrics, choreography, and song production for several projects thus far. Even though the members are still quite young, they already show a lot of potential for becoming a skilled group that stands out from the crowd. Check out their pre-debut song “Hellevator” below to see what I’m talking about! And keep in mind that there’s plenty more where that came from.

3. The sequel to the infamous YG vs JYP battle

The last time we saw such a thing, iKON, WINNER, GOT7, and DAY6 were the ones being put to the test. Seeing this new generation follow in their footsteps is a sight to behold, and each company is neck-and-neck in terms of skill level. All in all, both teams put on a good show.

If you watch the show in its entirety, you’ll see appearances of TWICE, 2PM, GOT7, and DAY6 members sprinkled throughout. Witnessing the JYP family in action is heartwarming and funny, as some of them have known each other since their trainee days.

5. The angst and eliminations

Bring in the tissues, ’cause there’s no way that anyone can watch this show without crying a couple of times. Unfortunately, that’s all I can say without giving away any spoilers to those who haven’t watched yet. So instead of discussing eliminations, I have supplied a wholesome video to ease the pain. Let’s be real, we all need a break from the tears.

Are you all caught up with “Stray Kids”? If not, will you be tuning in before the program concludes? Tell us your decision down in the comments!

Stray Kids
Soompi Spotlight
How does this article make you feel?