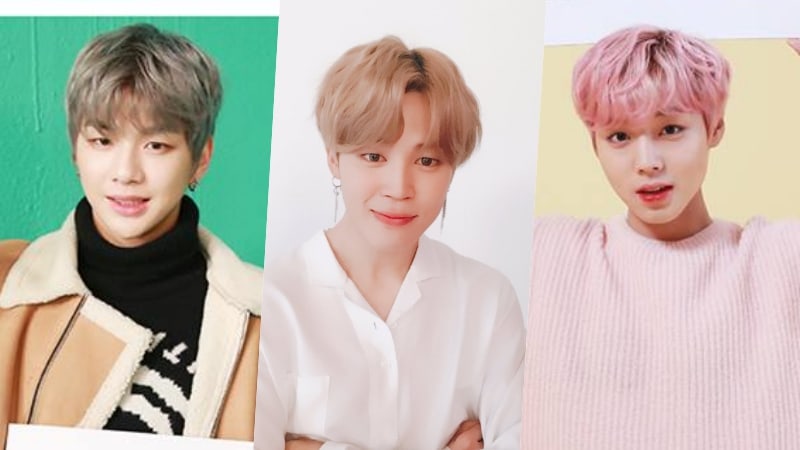 The rankings were determined through an analysis of boy group members’ media coverage, communication, participation, and community awareness from November 15 to December 16.

Wanna One’s Kang Daniel continued his winning streak by placing first in the rankings for the fifth consecutive month. With a brand reputation index of 15,182,373, the idol recorded a staggering 135.52 percent increase from his November score of 6,446,223.

High-ranking phrases in an analysis of Kang Daniel’s related terms included “I like him,” “he’s cool,” and “he’s good-looking.” Words that ranked high in his keyword analysis included “Wanna One,” “Master Key,” and “Wanna One Go.” Additionally, his positivity-negativity analysis revealed a high score of 91.77 percent positive reactions.

Second on the list was BTS’s Jimin, who also maintained his position from last month’s rankings. Jimin had a brand reputation index of 5,240,658, marking a 38.26 percent increase from his November score.

Wanna One, BTS, and EXO dominated this month’s list, with the three groups sweeping all but five of the top 30 spots. Wanna One members Park Ji Hoon, Ong Sung Woo, and Hwang Min Hyun maintained their spots at third, fourth, and sixth place respectively, while BTS’s Jungkook and V rose significantly in the rankings to claim fifth and seventh place for December.