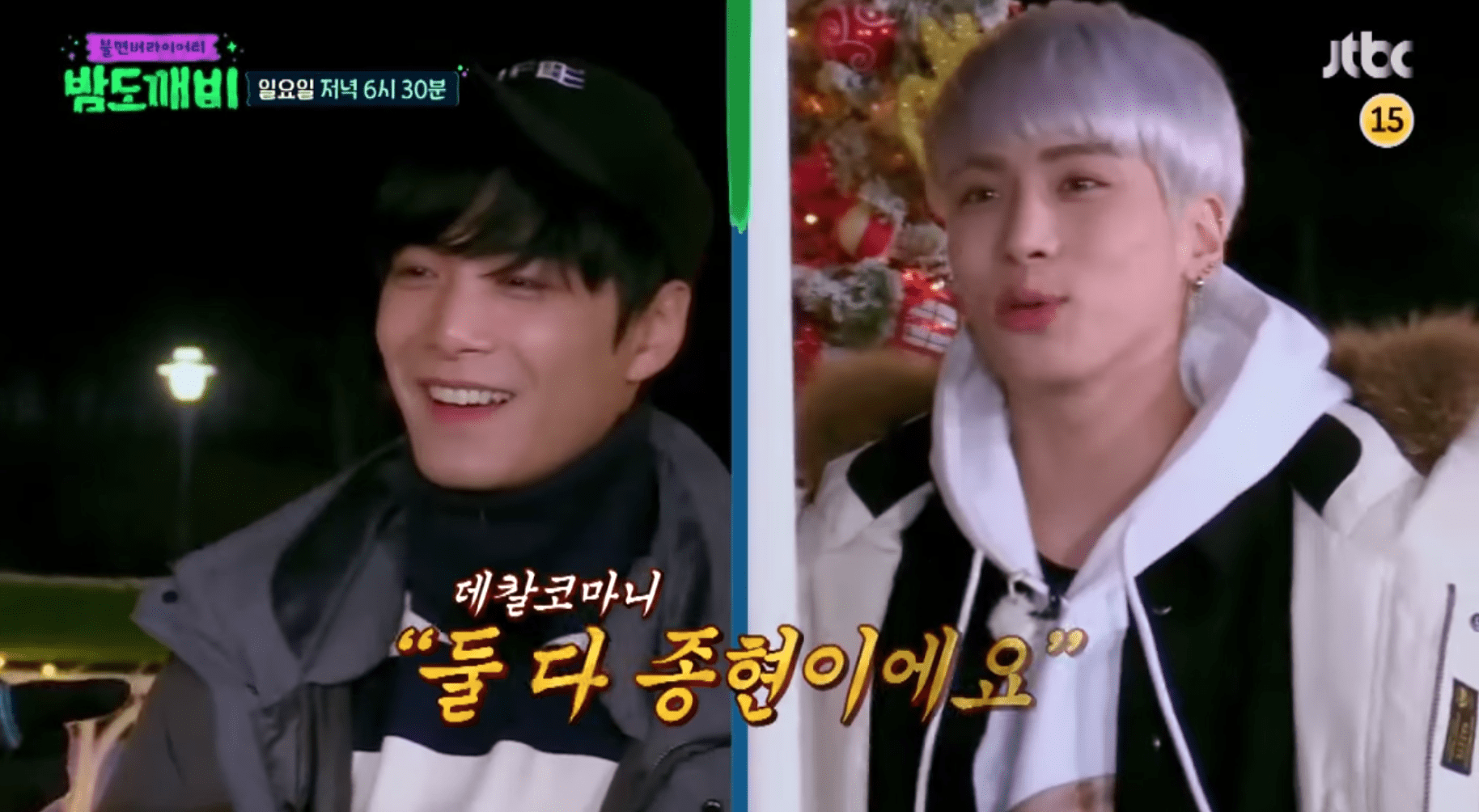 At the end of this week’s episode of JTBC’s “Night Goblin,” the show aired a preview for next week.

In the Christmas-themed preview, NU’EST’s JR (Kim Jong Hyun) appears with SHINee’s Jonghyun, who is the special guest for next week’s episode.

While everyone is glad to see him, everyone is surprised back at the base camp (including Jonghyun) when SHINee’s Minho also makes a special appearance.

Next week’s episode will also feature collaborations with non-celebrities as they complete various missions.