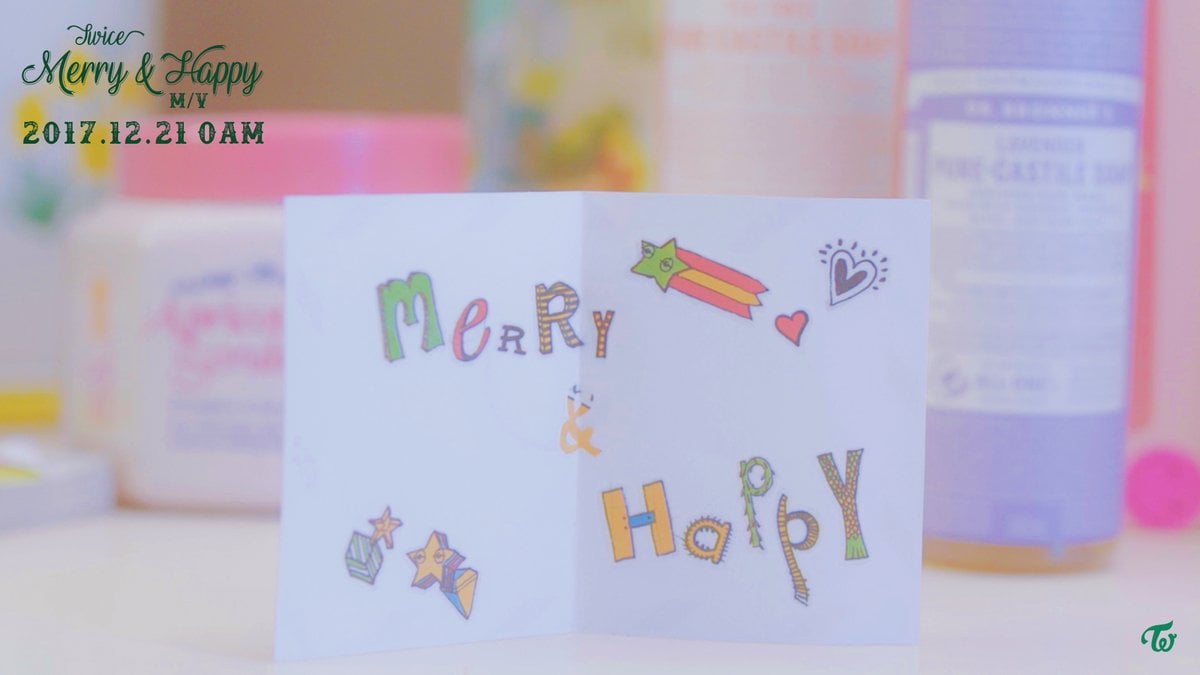 TWICE will be giving their fans another sweet Christmas gift!

Though it hasn’t been long since they released their repackage holiday-themed album with title track “Heart Shaker,” on December 18 TWICE and JYP Entertainment announced a second music video from that album.

The music video will be from “Merry & Happy,” one of the songs from the repackage album with the same name as the album. It will be released on December 21 at midnight KST.