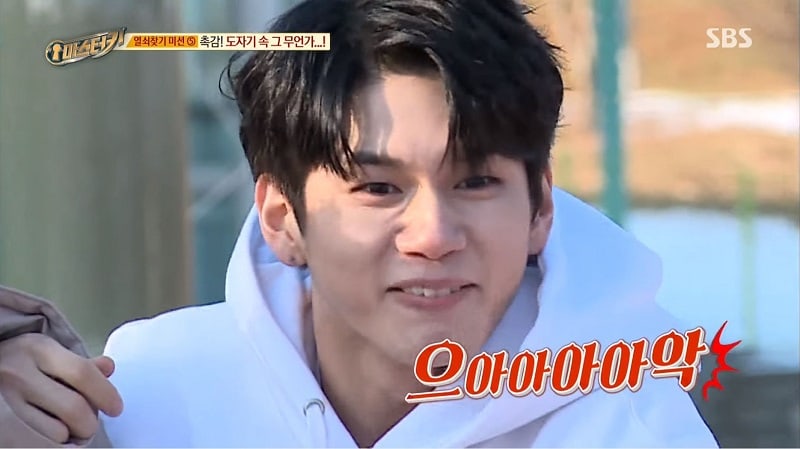 The December 16 episode of SBS’s “Master Key” featured the members participating in their fifth mission.

On that day, Jun Hyun Moo, Wanna One’s Ong Sung Woo and Kang Daniel, and SHINee’s Key attempted a blind touch mission, where they had to guess what they were touching without looking at it. Jun Hyun Moo appointed Kang Daniel as the first one to go but eventually went first. Jun Hyun Moo screamed and fussed as he placed his hand in the ceramic jar.

Next up was Kang Daniel, who correctly guessed “dish sponge” as his object. Key followed him and trembled as he placed his hand inside the jar. However, Key correctly answered pine cone, and the team drew closer to successfully completing the mission. 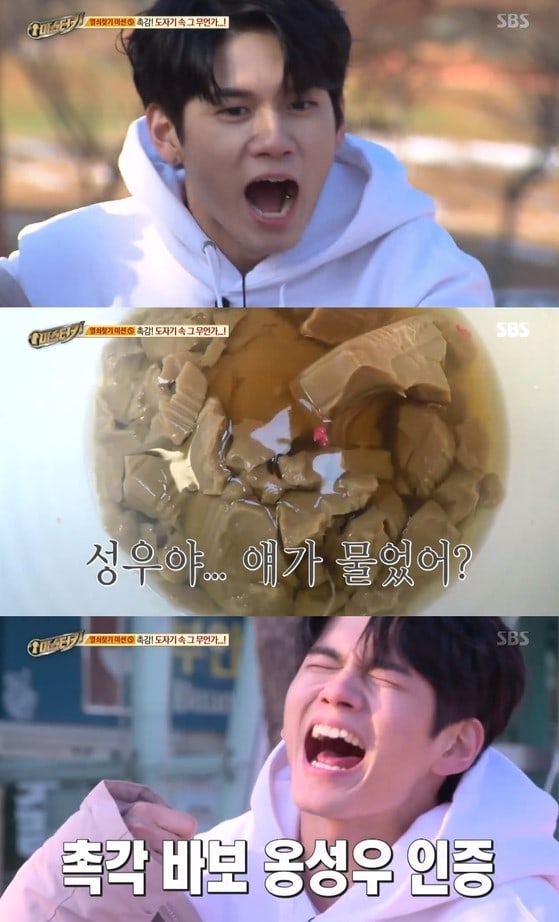 Ong Sung Woo went last for his team. Once he put his hand inside the jar, he immediately asked why his object was warm. He continued to scream as he exclaimed that the object was moving. In the end, the Wanna One member was able to correctly identify his object as acorn jelly, much to the amusement of his fellow team members.

Watch Ong Sung Woo’s antics below as he tries to guess his object!

Make sure to check out the latest episode of “Master Key” below if you haven’t already!

Wanna One
Ong Seong Wu
Master Key
How does this article make you feel?