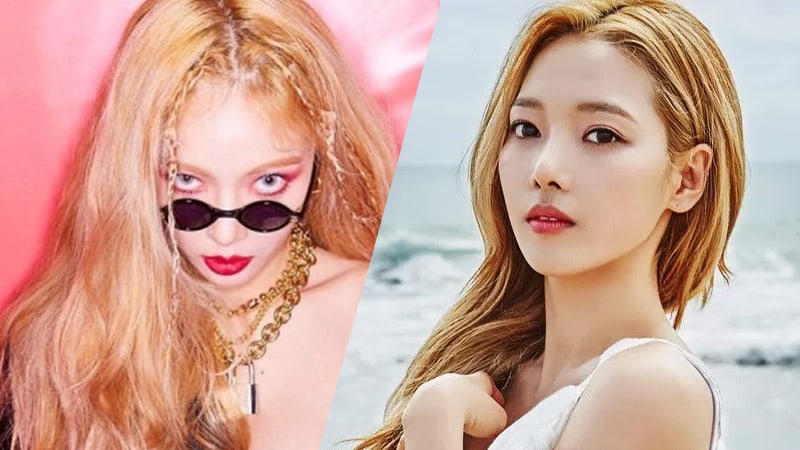 During a recent live broadcast, HyunA shared her story about befriending KARD’s Somin in real life after they shared a brief yet friendly exchange on social media.

While conversing with her fans, HyunA excitedly talked about what happened when she promising to treat Somin to a meal through social media. 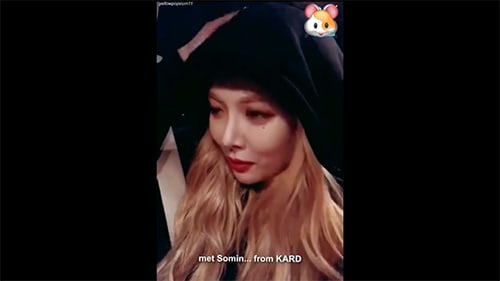 Prior to meeting each other in real life, Somin had raved about HyunA’s performance during her own live broadcast. Somin earnestly expressed, “She is so cool. I don’t know how [HyunA] manages to show so much in a such short period of time. I want to become like her too.” 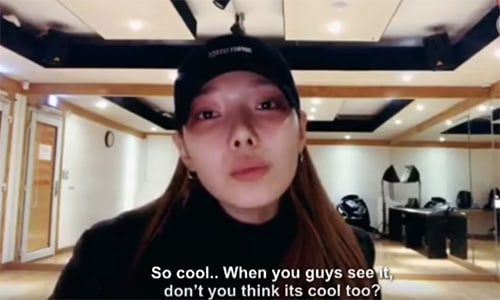 One of HyunA’s staff members had then shared a screenshot of Somin talking about being a fan HyunA in a group chat, to which HyunA responded, “I got to buy her a meal.”

The singer also commented with shy emojis on one of Somin’s Instagram photos, then wrote, “See you tomorrow,” since they were performing on the same music program the following day. 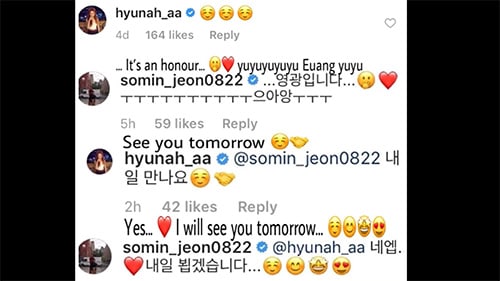 According to HyunA’s live broadcast, the two singers actually met each other backstage and traded phone numbers to set up a proper meal date. HyunA also asked her fans if they know what kind of food Somin likes so she can buy it for Somin.

HyunA shared her story with such enthusiasm that towards the end, her stylist asked, “Are you in a relationship or something?”

Watch the video below to check out the full story!

KARD
somin
HyunA
How does this article make you feel?