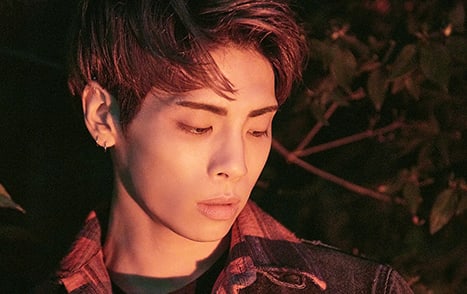 It has been confirmed by SM Entertainment that SHINee’s Jonghyun has passed away.

The agency said via a press release on December 18, “SHINee member Jonghyun has suddenly left our side.”

They confirmed that Jonghyun had been found in a residence in the neighborhood of Cheongdam and was taken to a nearby hospital, but was pronounced dead on the evening of December 18.

The statement went on to say that the grief of his family members is incomparable, but that his fellow SHINee members as well as the agency’s artists and staff are shocked and in mourning.

“Jonghyun was the best artist, who loved music more than anyone else and always did his best for his performances,” said the agency. “We are even more heartbroken to have to convey this sad news to the fans who have loved Jonghyun.”

The statement went on to ask everyone to refrain from speculation, and stated that his funeral will be held as quietly as possible with only family, close friends, and colleagues in attendance, as per the family’s wishes.

Police have confirmed that SHINee’s Jonghyun (27) has passed away, and are currently investigating the singer’s death.

According to the police and fire department, Jonghyun was found unconscious in a residence on December 18 at approximately 6:45 p.m. KST. Emergency responders performed CPR and the singer was immediately rushed to the hospital, but in the end, Jonghyun was unable to be revived and was pronounced dead.

The police arrived at the scene at a report of disappearance filed by Jonghyun’s older sister, who reportedly received a final text from Jonghyun that led her to believe he would be attempting suicide. In the text, he said, “It has been really hard. Let me go. Tell me I did well. This is my last goodbye.”

At the residence, which, according to a source, was not Jonghyun’s own home but a place he had reserved for two nights, police found what appears to be burned coal, leading them to suspect the death was by suicide. However, police are still investigating the matter and have not confirmed the cause of death.

SHINee
Soompi Spotlight
Jonghyun (SHINee)
How does this article make you feel?