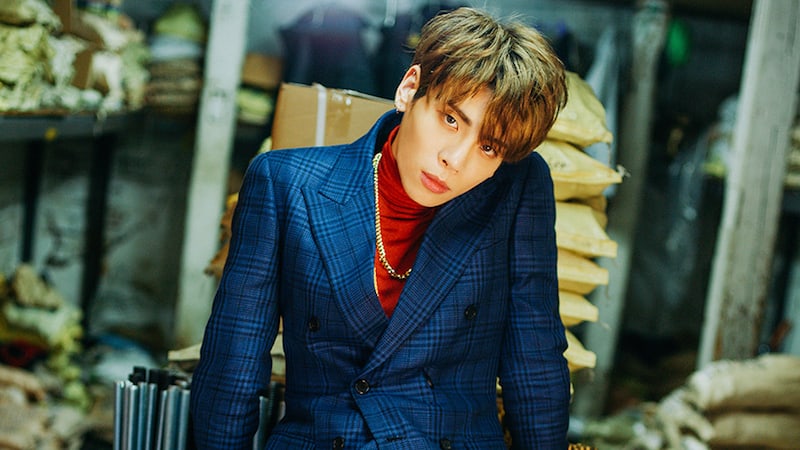 Celebrities Share Feelings Of Sorrow After Passing Of SHINee’s Jonghyun

Following the news that SHINee’s Jonghyun passed away on December 18, many of his friends and fellow celebrities have posted on social media to express their grief and shock.

2PM’s Jun.K wrote, “I’m so heartbroken. How much worry and pain must have been hidden behind the bright image that we saw. I hope that he rests in peace.”

2AM’s Jo Kwon posted on Twitter, “I am so heartbroken, I am really so heartbroken.. How lonely it must have been with such loneliness and emptiness that couldn’t be filled up despite all the love you received, you did well, and I’m sorry.”

Jo Kwon later also shared a photo of himself performing with Jonghyun, as well as Super Junior’s Sungmin and singer Kim Ji Ho. He wrote about how they had debuted in the same year and added, “A shining boy has become a star. May you rest in peace.”

Actress and former Hello Venus member Yoo Ara posted on Instagram, “Jonghyun, I still feel like I’m in a dream. Even looking at this photo now, it seems like just a few days ago… I feel like I’ll be able to see you again while smiling. The fact that that’s not true is so hard… You were the best musician, and the most warmhearted person, and someone who seemed like both a senior artist that I admired and a friend.

“You were a true musician who filled every moment with music since I came to know you ten years ago, as well as someone who wanted to make happy music. We will never forget you. So this is how it feels when your heart is being ripped apart… This is so hard, I can’t take it. It hurts so much that it feels like my heart is being torn out with a knife. He was one of the few people whom I could share my feelings with since I began doing this job. Jonghyun, don’t go… don’t go.. I’ll pray that you rest in peace. Jonghyun, thank you. Thank you even just for existing.”

Former EXO member Tao wrote on Instagram that he remembered hearing the song “Hot Times” (by the unit SM The Ballad including Jonghyun) when he first went to a music show during his first time in Korea. “It’s such a beautiful memory,” he wrote. “Because of that performance and song, I wanted to be on stage right away, so I wanted to train more quickly too. Thank you for giving me strength. The first senior artist I met in Korea was you. I think I can’t express how I feel at this moment.”

DAY6’s Jae tweeted with the message, “As one of my first Korean influences, my heart aches for this tragedy. From the bottom of my heart, may he rest in peace.”

As one of my first Korean influences, my heart aches for this tragedy. From the bottom of my heart, may he rest in peace.

Please I can't believe it still. Rest in peace

15&’s Baek Yerin shared on Instagram, “I can’t believe that such a kind, warmhearted, sensitive, and considerate person has left us.. He was a great senior artist that I talked with music about and who shared music with me.. I am going to miss him so, so much. He was someone who shone so brightly that I wanted to be like him, but I will always pray for him. Thank you for all the music that you gave us.”

Yeeun wrote, “I really loved the song ‘Breathe.’ Thank you so much for the warm comfort… I hope that you will rest in peace now…”

FTISLAND’s Lee Hong Ki wrote, “I’m so sad, my hands are shaking. We were very close because we debuted at a similar time. I don’t know what it was that gave you a hard time, but I hope that there are only good things for you in that place, Jonghyun.”

FTISLAND’s Lee Jae Jin shard a photo of himself smiling with Jonghyun.

FTISLAND’s Choi Min Hwan also shared a picture of himself, Lee Hong Ki, Jonghyun, and SHINee’s Taemin, with the caption “Hyung.” The term “hyung” in Korean is used by a male for an older brother or close relation.

CNBLUE’s Lee Jong Hyun posted photos with Jonghyun to his Instagram, as well as a video of a performance of the song “Words Cannot Describe” by Kazumasa Oda.

Baek A Yeon shared screenshots of herself and Jonghyun on stage at “Inkigayo” and wrote, “I still can’t forget your warm heart and kindness when I won for the first time on a music show and you congratulated me while throwing confetti.. I hope that you will let go of all the things that gave you a difficult time and pain, and rest peacefully in that place.”

Former Jewelry member Ha Joo Yeon expressed her condolences, writing that she was upset to think of the difficulties he was going through. “I saw him often when we were promoting at the same time,” she wrote. “I hope you will rest in peace. Amen.”

Former After School member Kahi posted on Instagram to say that she had heard the news belatedly, and that even though they were only colleagues, she prays that he will rest in peace.

Former After School member Jung Ah wrote, “Jonghyun who was always happy on stage in front of his fans… Thank you for giving us so much good music. May you rest in peace. I will pray for you.”

ZE:A’s Minwoo wrote on Twitter, “May he rest in peace.”

Singer G.Soul wrote on Twitter, “Sending my sincere condolences to SHINee Jonghyun and his family. Rest In Peace.”

..Sending my sincere condolences to SHINee Jonghyun and his family. Rest In Peace.

Clazziquai’s Alex posted to Instagram, “Today, we lost another great star. Please pray for him.”

U-KISS’s Jun wrote, “I will pray that you rest in peace.”

My heart is so heavy.. I personally don’t know him but being the same 2008’s, my heart is truly broken.. I remember him as a talented guy who was strong n aggressive on TV shows… the main voice of Shinee.. I don’t understand… May God bless his family n fans with peace.. #RIP

Many artists also expressed their shock around the time of the news reports.

We send our deepest condolences to all of Jonghyun’s friends and loved ones. May he rest in peace.