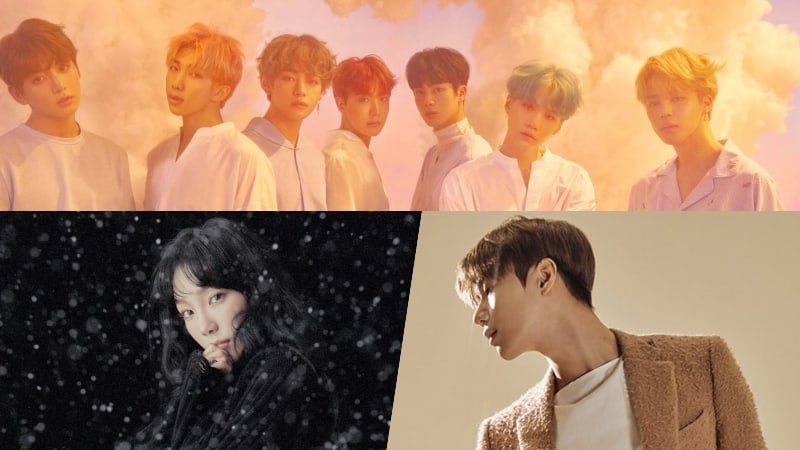 Billboard has now released its charts for the week ending in December 30.

BTS’s “Love Yourself: Her” has come in first place on the World Albums chart again, in its thirteenth week overall on the chart. The group’s repackaged album from 2017 “You Never Walk Alone” also remains on the chart for its 26th week in total, this time at No. 15.

Girls’ Generation member Taeyeon’s new mini album “This Christmas — Winter Is Coming” has also entered the World Albums chart at No. 6. Her holiday release features the title track “This Christmas.”

SHINee member Taemin’s repackaged album “MOVE-ing,” including the title track “Day and Night,” has entered the World Albums chart at No. 11.

Girls' Generation
SHINee
BTS
Taemin
Taeyeon
How does this article make you feel?