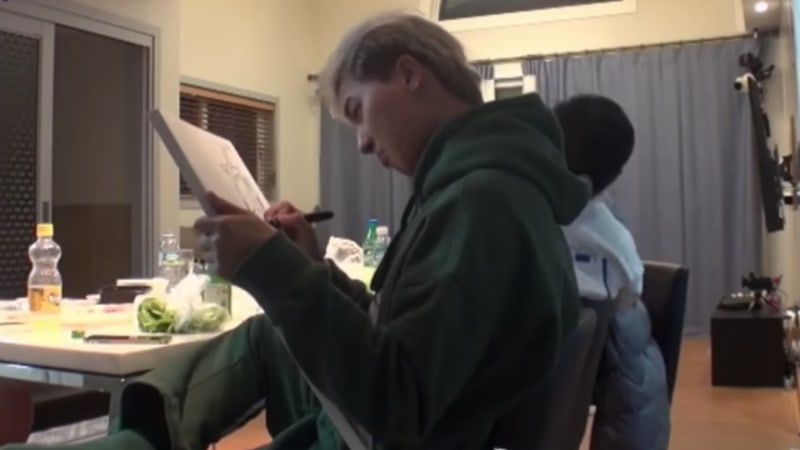 Watch: WINNER’s Song Mino Fills The Walls Of “Kang’s Kitchen” With His Artwork

On this episode, Lee Soo Geun and Song Mino switched positions in the kitchen and the dining hall. Seeing this change, Kang Ho Dong warned Lee Soo Geun and Eun Ji Won not to fight, but the two began arguing even before they started working.

While the other members argued, Song Mino sat quietly with the blank canvas before him and began to draw. He said, “I’m going to hang this on one side of the drawing hall.”

After work, Song Mino frequently took home a blank canvas and filled it with unique drawings back at the dorms. Producing Director (PD) Na Young Suk asked him, “Did you go to an art academy?” and praised him.

Song Mino responded, “[I did] in elementary school, but I couldn’t draw like this. [Two years ago] during a long hiatus, I thought about learning to draw.” 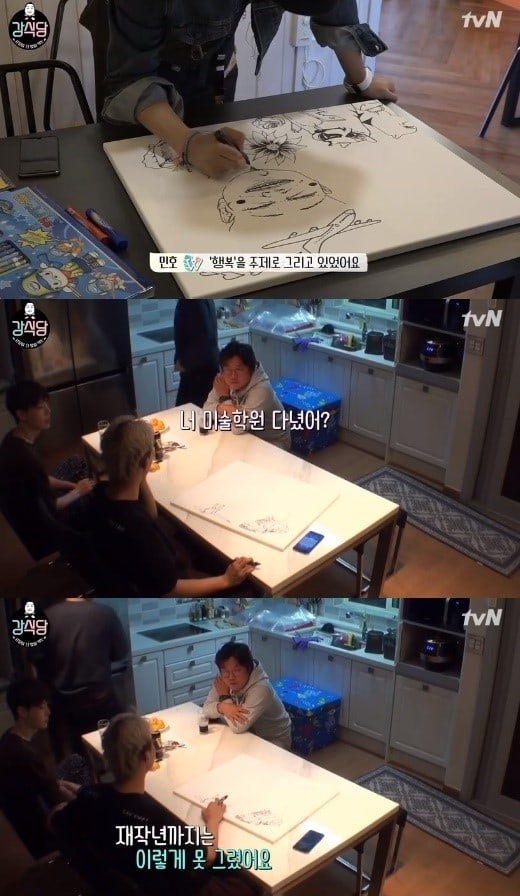 Customers at the restaurant were awed by the drawings on the wall of the restaurant and Lee Soo Geun proudly stated, “Our Mino just drew this yesterday. He has good creativity.”

Along with the artwork on the walls, Song Mino also drew the restaurant sign with a caricature of Kang Ho Dong, as well as the chalkboard display menu and even latte art.

Song Mino’s artistic talents were previewed on the “Youth Over Flowers” WINNER Special when a clip aired of him putting up his drawings in the restaurant for “Kang’s Kitchen.”

WINNER
Song Mino
Kang's Kitchen
How does this article make you feel?