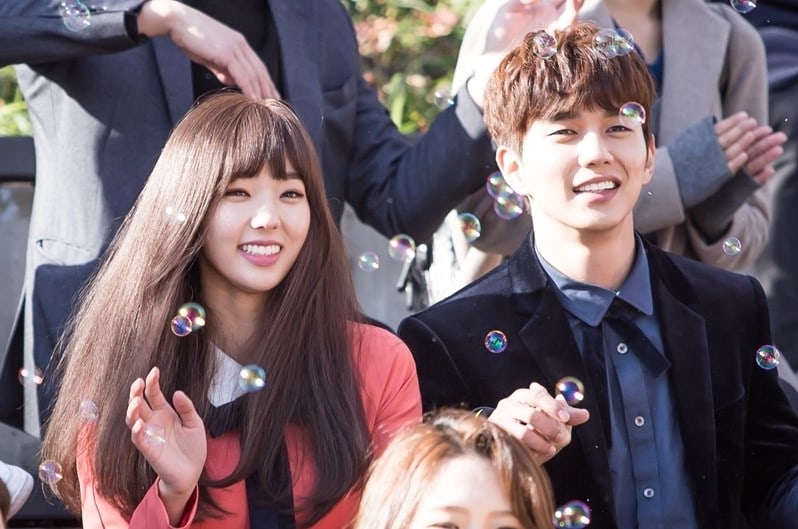 On December 20, MBC’s “I Am Not A Robot” released stills of Yoo Seung Ho and Chae Soo Bin on their first date.

The drama is a romantic comedy about a woman who pretends to be a robot and a man who is perfect in everything, looks and smarts included, except that he’s allergic to humans and therefore cannot date. In previous episodes, Chae Soo Bin, who plays Jo Ji Ah, initiated some extremely close physical affection while Yoo Seung Ho, who plays Kim Min Kyu, received some comfort on his grief regarding his family.

In the stills below, Yoo Seung Ho and Chae Soo Bin take on the busy, crowded streets of Hongdae for a romantic date. They look like an adorable couple as they shop while holding hands and enjoy an outdoor performance. The two appear to be absorbed in their own world as they have fun on their date.

A source from the drama stated, “Starting from the previous episodes, there has been a change in feelings that the two have towards each other, that they don’t even know of. Today’s episode will show the two characters with perfect chemistry sweetly spending time together.

“I Am Not A Robot” airs every Wednesday and Thursday at 10 p.m. KST.