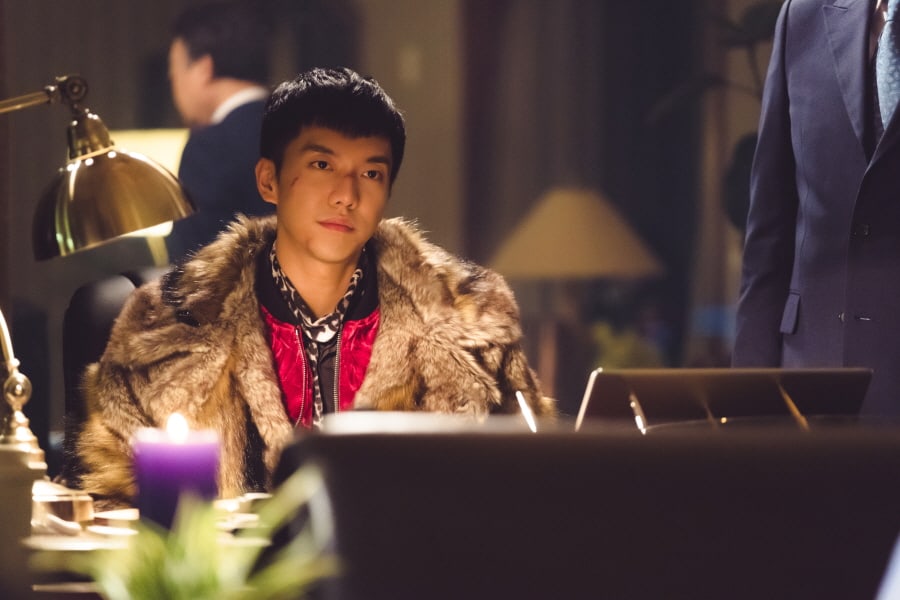 In the stills revealed, Lee Seung Gi’s face is scarred, and he carefully examines the wounds using his phone while pouting. He is also dressed in an extravagantly thick fur coat and sits behind the desk of Yoon Dae Shik (played by Jang Gwang). He also appears to have come to a decision, as in the last still, he clenches his fist and wears a determined expression. 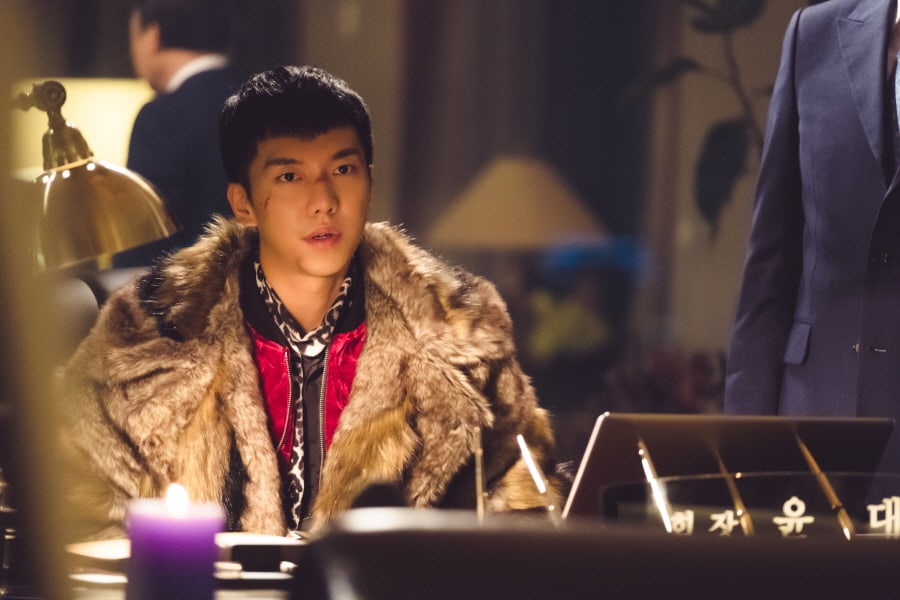 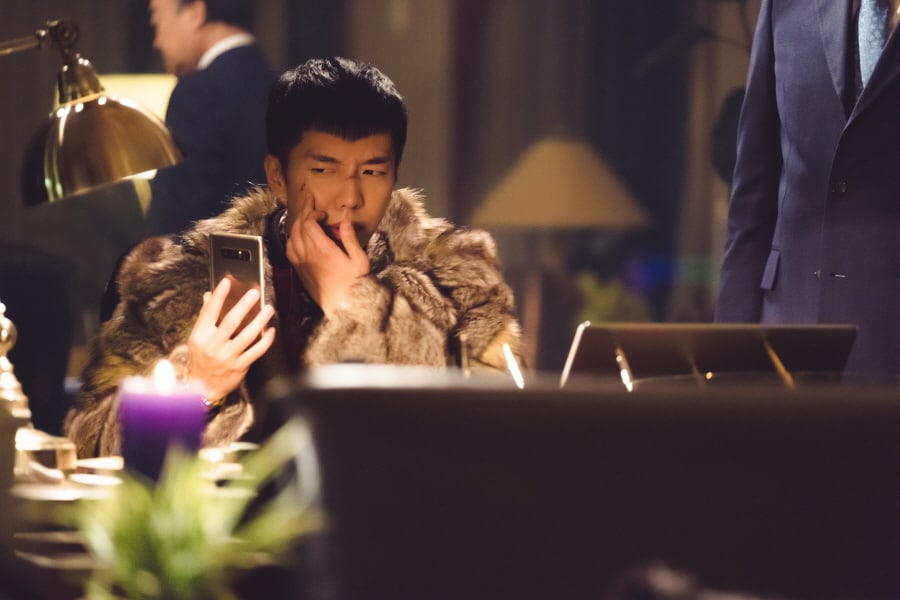 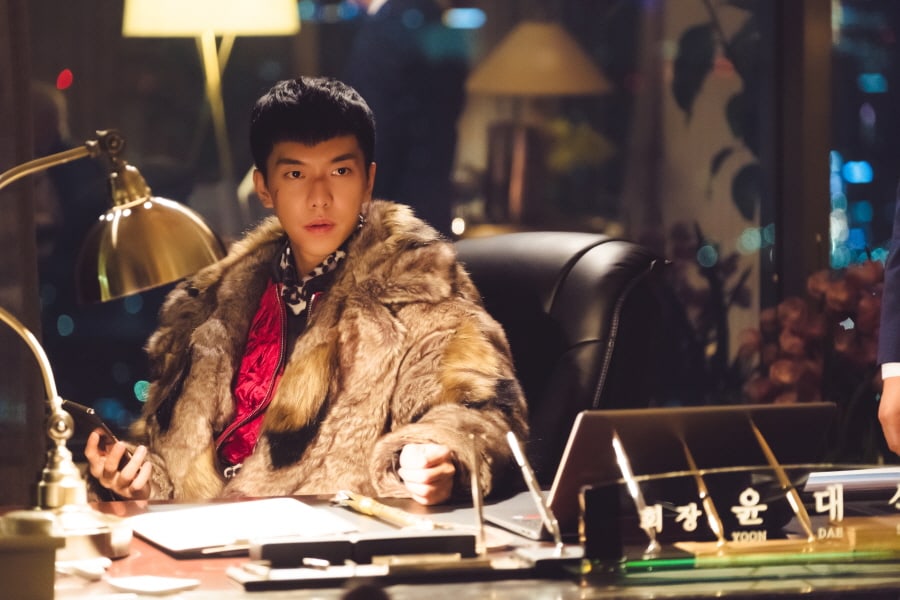 A source from the production crew stated, “The more that we film, the more we feel that Lee Seung Gi is Son Oh Gong and Son Oh Gong is Lee Seung Gi. He chooses everything from his hairstyle to his clothes to transform himself into Son Oh Gong. Because of Lee Seung Gi, there will be a never before seen fun Son Oh Gong character.”