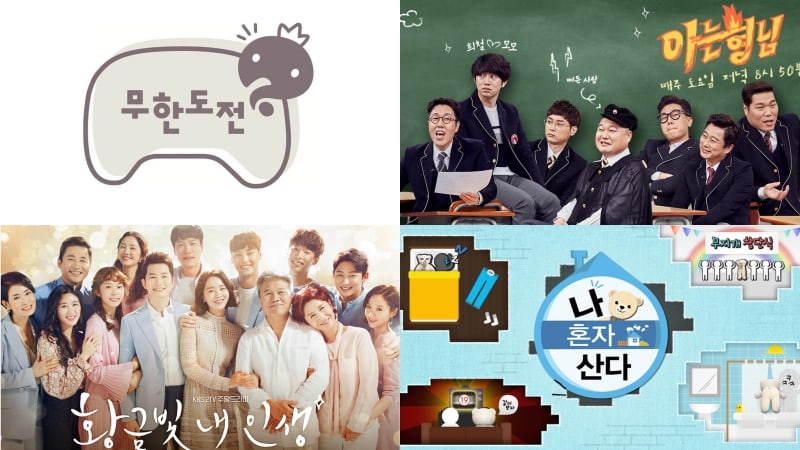 From December 12 to 14, research company Gallup Korea surveyed 1,007 Korean citizens above the age of 19 on TV programs they currently enjoy watching. Respondents were allowed to give up to two answers.

As a result, KBS’s “My Golden Life” came in first place with 8.6 percent. It is the first drama to take the top spot for two consecutive months since MBC drama “Empress Ki” back in March and April of 2014. “My Golden Life” has captured viewers with its multidimensional characters and realistic storyline about employment, marriage, and family relations.

MBC’s “Infinite Challenge” came in second place with 8 percent of the votes. From January 2013 to October 2017, “Infinite Challenge” remained at the top two spots of the list, but fell to No. 5 in November. However, after the show returned on November 25 following a 12-week hiatus during the producers’ strike, it regained its spot in second place.

Check out the top 10 TV programs below:

What are your favorite TV shows at the moment?