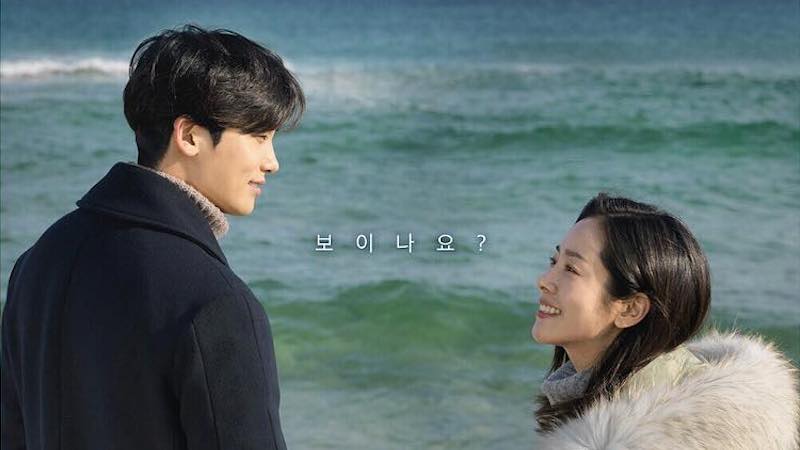 On December 21, Han Ji Min and Park Hyung Sik made an appearance for V Live session, “Star Spot Live” to promote their upcoming short film, “Two Lights: Relúmĭno.” During the session, they talked about acting as visually impaired people and their first impressions of each other.

Their short film follows the main characters, who are visually impaired, as they meet, fall in love, and see each other for the first time.

Despite the fact that their work is a short film, it has gained attention from both in and outside of Korea. On working with Park Hyung Sik for the first time, Han Ji Min stated, “Although it’s a short film, we met frequently beforehand to discuss things. We got closer by talking to visually impaired people a lot.” She continued, “[Park Hyung Sik] has such a kind heart. He’s the type to approach you first, so it was a lot of fun shooting on set. When the two of us and the director were together, the other staff would say we were shooting a comedy film instead. I was a bit sad that [the filming] ended so quickly.” Park Hyung Sik also stated, “We started talking about the film, and then we ended up conversing naturally. So we got close quickly.”

They were then asked about their first impressions of each other. Han Ji Min answered, “He was different than the image I got from watching him on screen. We met [for the first time] to drink rice wine with everyone. As soon as I saw him I thought, ‘He looks like a puppy,’ because of his clear, round eyes. I told him that he matches well with his character In Soo.” Park Hyung Sik also shared his first impression of the actress and said, “At first, I couldn’t believe it. I thought perhaps I could meet her through work one day, but when I actually met her, I was touched. We got close as we talked, since she has an easy-going personality.”

Han Ji Min then shared the difficulties of acting as a visually impaired person. She explained, “I thought a lot about how to act with my eyes. Just expressing the basics of not being able to see things when I actually could was difficult. You have to find something else to replace the way you would normally communicate and act through your eyes with your co-stars. I was concerned about every single movement.”

Park Hyung Sik also talked about the film as his debut film. He shared, “It’s such an honor for my first film to be with director Heo Jin Ho and Han Ji Min. I’m very happy that the film covers a good topic.” The idol actor has also contributed by taking part in the soundtrack for the film.