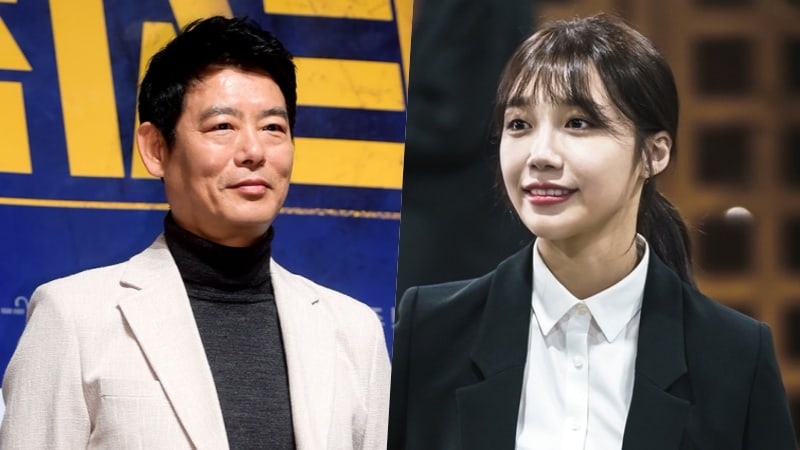 Sung Dong Il showed support for his “Reply 1997” daughter Apink’s Jung Eun Ji by gifting her with a snack truck at the site of her new drama!

They continued to add, “In a past interview, Sung Dong Il chose Jung Eun Ji as his favorite daughter out of all the daughters he’s had in the ‘Reply’ series. It seems as though he made the decision to send this support to her because he cares a great deal about her. Jung Eun Ji had a bright smile on her face as soon as she spotted the truck. She must have been tired from the long hours on set, but she had a bright energy about her at all times, took photos of the food truck and had a great time with the staff as well. We want to thank Sung Dong Il for choosing us, and we support both actors. Thank you.”

Sung Dong Il and Jung Eun Ji appeared as a father and daughter in the 2012 tvN drama “Reply 1997.” They have stayed in close contact since then, and they have frequently shown their affection for each other through various interviews and broadcasted shows.