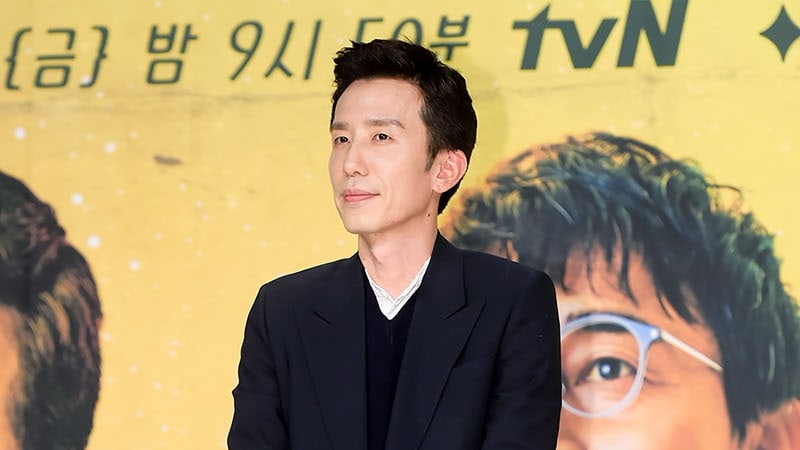 Yoo Hee Yeol first visited K-Star Road with Hwang Gyo Ik who doesn’t live in Seoul. They also went to see the famous “horse dance” statue of Psy’s “Gangnam Style” and took a picture with it, imitating the popular pose.

After the two took a tour around the entertainment agencies in the neighborhoods of Chungdam and Nonhyeon, the cast got together to talk about K-pop and the Korean entertainment industry in general.

Yoo Hee Yeol shared his thoughts about his record label Antenna during this discussion. Yoo Shi Min asked, “Do you want to make Antenna a big entertainment agency like SM, YG, or JYP Entertainment?” Hwang Gyo Ik added, “We visited SM Entertainment earlier and it was amazing. Yoo Hee Yeol seemed to be jealous, too.”

However, Yoo Hee Yeol stood by his principles as the leader of a small label that focused on the music each individual wants to make. He replied, “I don’t want to be like SM Entertainment. Once you reach that sort of scale, you begin to lose the essence. It’s not about which is better or worse.” 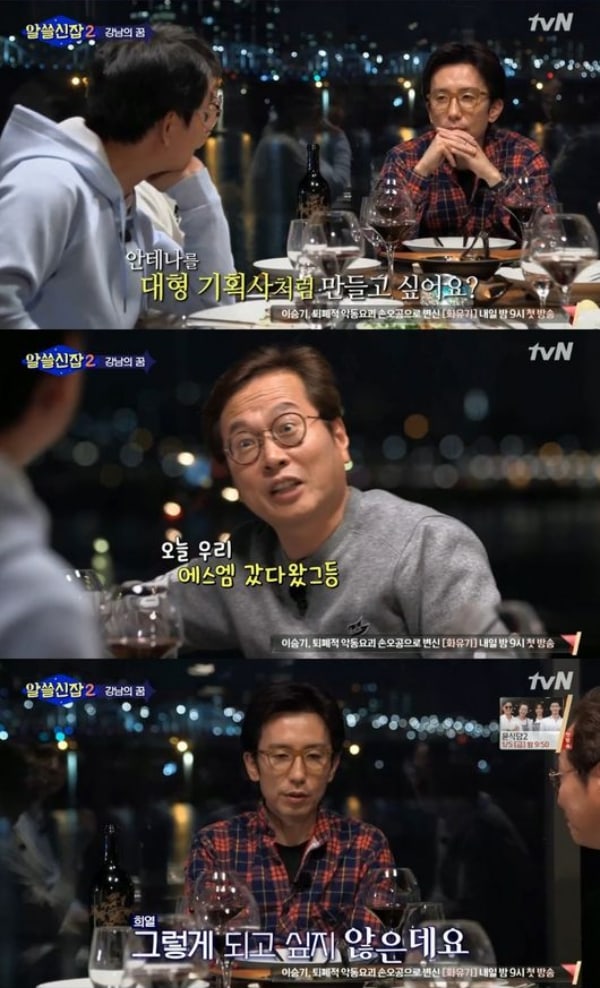