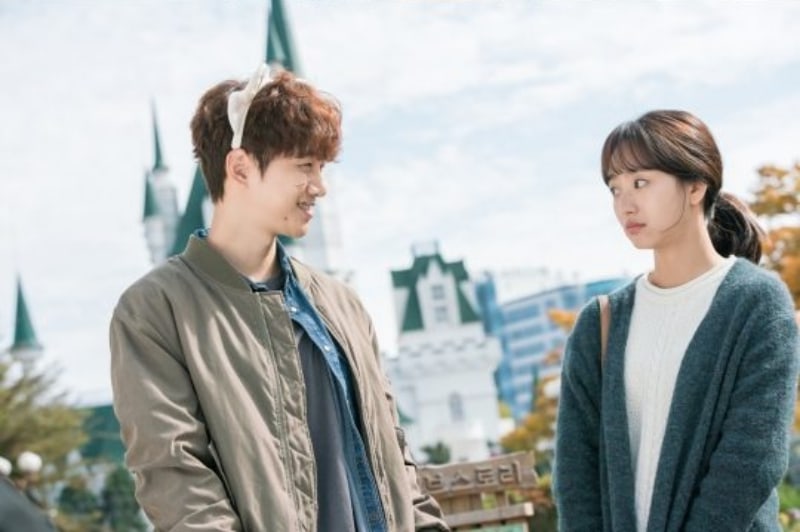 On December 23, JTBC’s “Just Between Lovers” released stills of 2PM’s Junho and Won Jin Ah’s day out at an amusement park.

The last episode of the drama showed Kang Doo (Junho) and Moon Soo (Won Jin Ah) slowly growing closer to each other. Unlike before when they had a certain distance between them, they became comfortable enough with one another to joke around.

It was also revealed that the two had survived the shopping mall collapse together. Although Kang Doo remembered Moon Soo, Moon Soo had lost her memories due to the trauma and failed to recognize Kang Doo. The final scene of the two looking at the construction site in the rain raised the question of how their relationship will unfold in the future.

The released pictures show Kang Doo and Moon Soo at an amusement park, a popular destination for couples. As the two go on a Merry-Go-Round, Kang Doo is seen wearing a cute hairband that stands out from his scarred face. While he is smiling shyly, Moon Soo looks away expressionlessly. Another photo shows Kang Doo unable to take his eyes off Moon Soo with a wide smile. 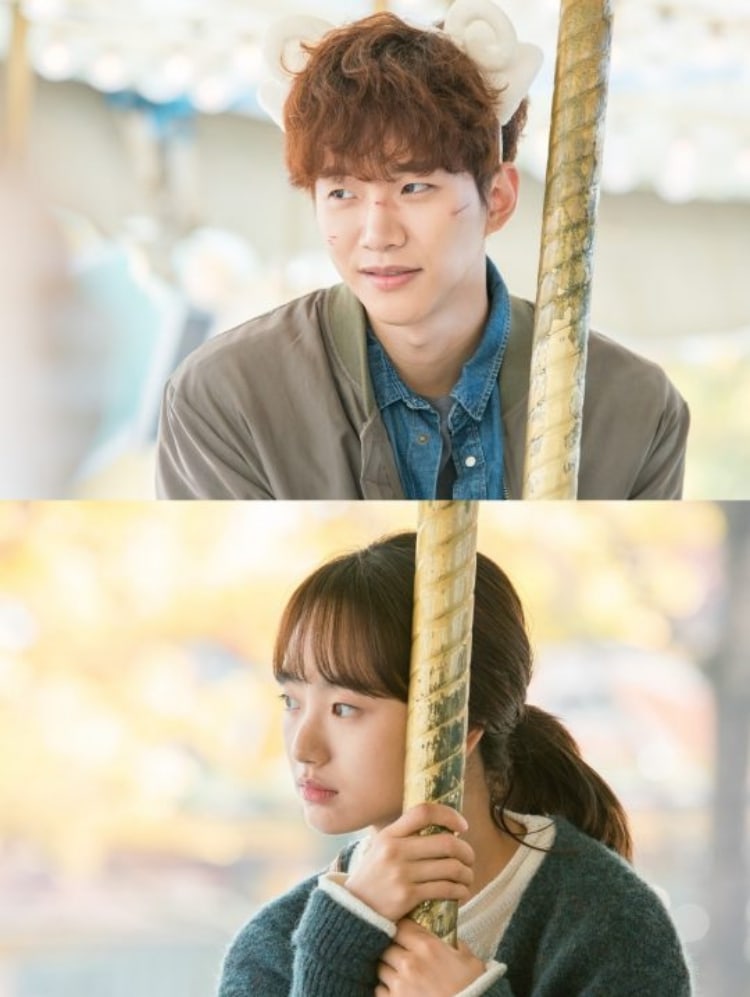 On the upcoming episode of “Just Between Lovers,” Kang Doo and Moon Soo are to become even closer as they work together in reconstructing a memorial stone. The released pictures are from the scene where Kang Doo suggests they take a day off and visit an amusement park together after he senses Moon Soo’s complicated feelings. The two end up going on a date that’s both awkward and adorable.

The production staff of “Just Between Lovers” shared, “The two share the same scars and pain. Please look forward to the scene that’ll show the lovable chemistry between Kang Doo and Moon Soo who feel most at ease when they’re with each other.”

“Just Between Lovers” airs every Monday and Tuesday night at 11:00 p.m. KST.