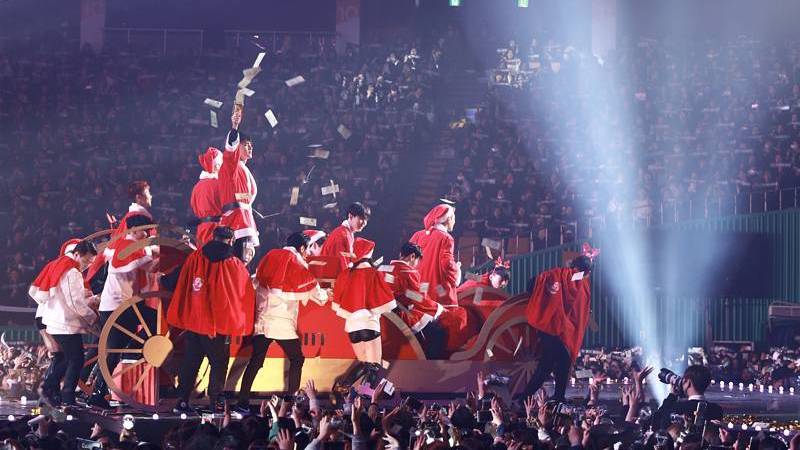 At Highlight’s recent concert, the group surprised their fans by throwing “priceless” money in the air, while Yoon Doojoon was shocked to find a relative in the audience.

On December 22, Highlight held their year-end concert at Jamsil Indoor Gymnastics Arena in Seoul. During their encore performance, the members appeared on stage in Santa costumes and entertained their fans with a witty event.

The members threw fake money to the audience, which was printed with each of their faces and read 100 million won (approximately $93,000). The fans were amused by the props, and even said that they were as excited as if they were being gifted actual cash.

Another funny occurrence happened during the encore event, when Yoon Doojoon unexpectedly found his older sister in the standing audience.