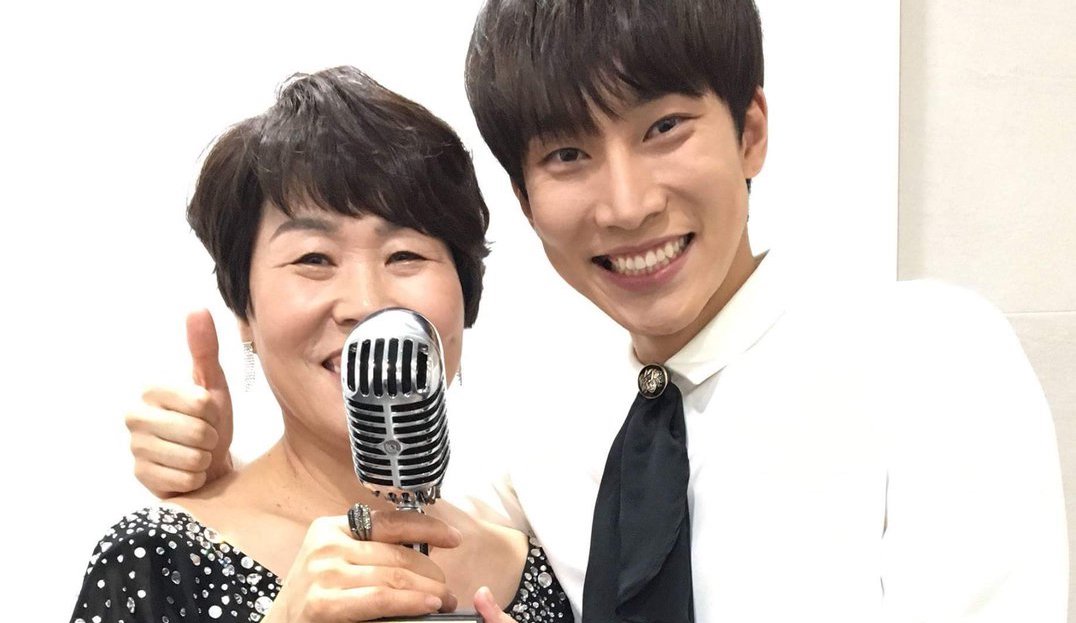 BTOB’s Eunkwang delighted audiences of “Immortal Songs” earlier this year through a duet with his mother, and he gave an update on how she’s been doing since then! 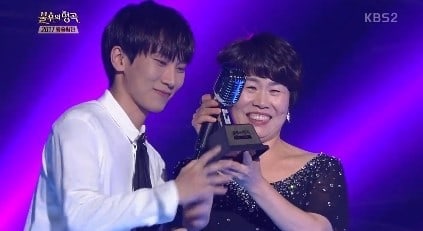 Eunkwang appeared in the “2017 King of Kings” special of “Immortal Songs” that aired on December 23. The singers who gave some of the greatest performances on the show in 2017 gathered to compete in an all-star round.

When asked how his mother reacted to the positive response she received from her performance with her son, Eunkwang replied, “My younger brother told me out of the blue one day that our mother was saying that she should quit her job and start a music career. That’s how serious she was about passion for music.” 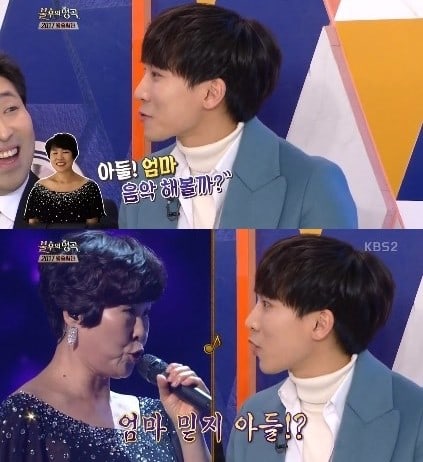 To this, Moon Hee Jun asked, “If your mother came up to you one day and said, ‘I want to debut as a singer. I’ll be your junior under the same agency,’ what would you say as her son?” Eunkwang replied, “I’ll be a good son and help her out.”

He also revealed that his mother was in the audience to cheer him on as he faced off against other great singers.

Check out the latest available episode of “Immortal Songs” below!

BTOB
Eunkwang
Immortal Songs
How does this article make you feel?