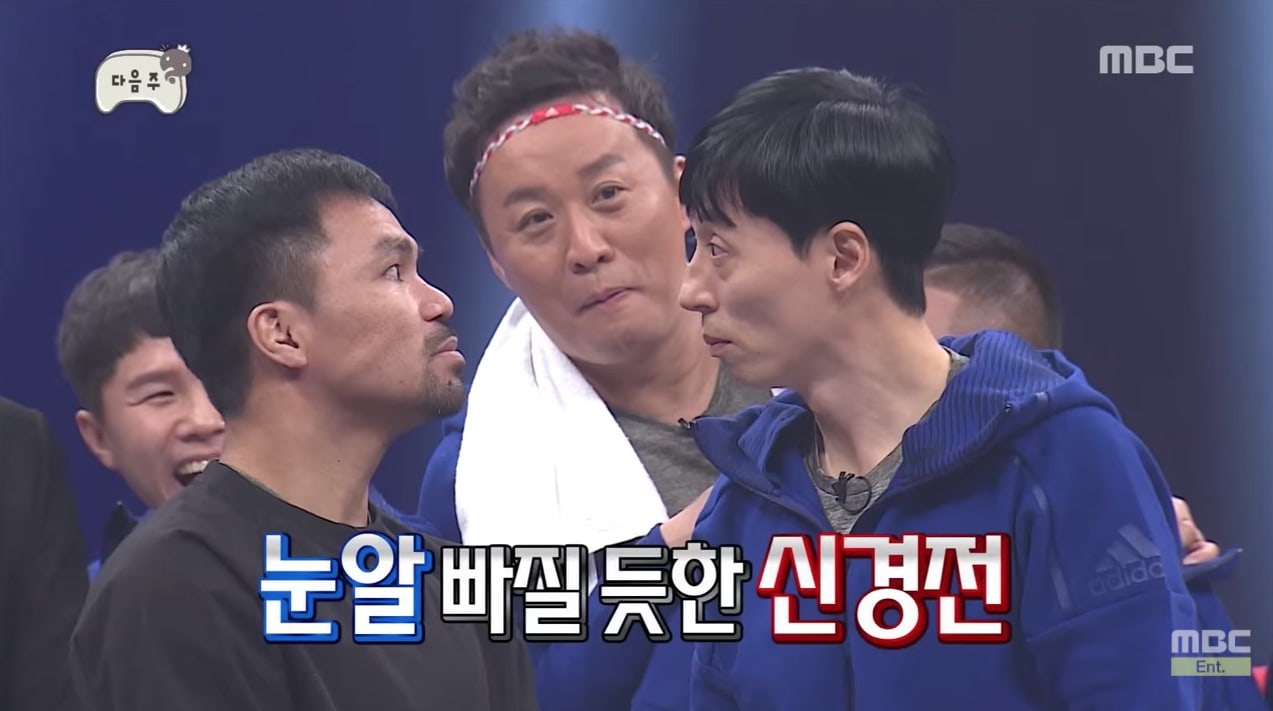 “Infinite Challenge” has released a teaser for their upcoming episode with world champion boxer Manny Pacquiao, which will air on December 30.

In the teaser, the cast of “Infinite Challenge” can be seen training for their upcoming match against the boxer. Their training goal alone is enough to know that there will be great laughs ahead as it reads, “Let’s train so we only get hit once instead of twice.” They are joined by Yoo Byung Jae, who is there as their coach as he states that he has some boxing experience. He has the cast engage in some odd training exercises, from punching after spinning around in circles and chasing a camera on wheels as they crawl on the floor.

Of course, it wouldn’t be “Infinite Challenge” if they didn’t add a little fun to their battle with Manny Pacquiao. As they face off against him, they each bring a unique “special skill” with them. From giant gloves to a balloon doll to even a human roly-poly, it will be interesting to see if the tricks made up by the cast will give them even the slightest advantage over their opponent, who is a world-class boxer.

How Manny Pacquiao deals with everything that’s thrown at him by the “Infinite Challenge” cast will be revealed in the upcoming episode!

Check out the latest episode below.