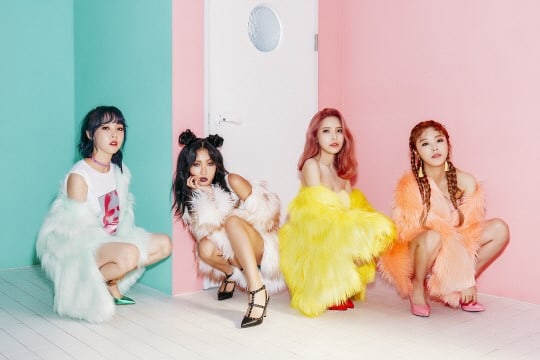 MAMAMOO is preparing a special performance for 2017 KBS Song Festival!

According to KBS, MAMAMOO will be performing a medley of hit K-pop song that were released in 2017 as part of their stage at the night’s festivities. The girl group has received a lot of love for their witty and captivating performances at various events, and have showcased medleys in the past, so anticipation is high for their upcoming stage.

MAMAMOO has had a great year. They released their “Purple” album in June and their title track “Yes I Am” set a new record for girl groups by attracting 940,435 cumulative listeners in 24 hours on music streaming site Melon. Their music video also amassed five million views in five days as well, reflecting the popularity of the group and their music both in and outside of Korea.

The girl group will be one of eight teams to perform at 2017 KBS Song Festival alongside Red Velvet, BTS, SEVENTEEN, EXO, GFRIEND, Wanna One, and TWICE. There will also be a special performance by the contestants and mentors of KBS’s “The Unit” as well.

MAMAMOO
2017 KBS Song Festival
How does this article make you feel?