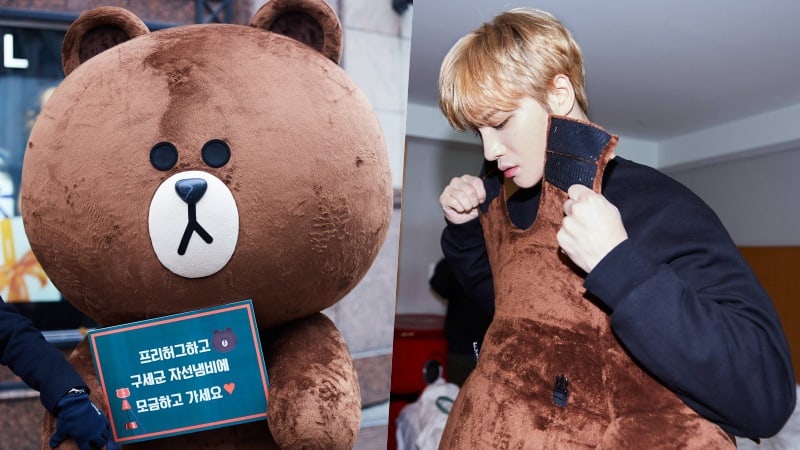 On December 24, Kim Jaejoong donned a costume of LINE Friends character Brown and held a free hug event with the Salvation Army in Daegu. He stood next to a charity pot with a sign that read, “Get a free hug and make a donation to the Salvation Army’s charity pot.” He is said to have personally planned the event for a month in order to have a special and meaningful Christmas this year. 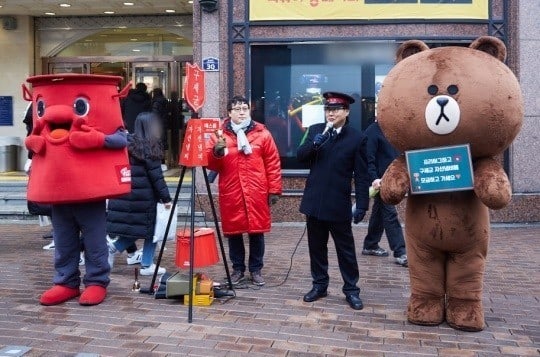 Kim Jaejoong had fans curious when he teased that he was preparing something special during a Naver V Live broadcast on the same day. He then had online communities chatting up a storm when photos and videos of the day were posted on his agency’s Instagram account.

The videos on C-JeS’s account show Kim Jaejoong in his Brown costume as he interacts with the people of Daegu, dancing to attract people’s attention, hugging kids, and taking photos with people. He was joined by one of his long-time managers, fondly called “Ang Jjang” by Kim Jaejoong and his fans, in a costume resembling the Salvation Army charity pot.

Kim Jaejoong also posted a different photo from the day with the caption, “Good job today.”

A representative of the Salvation Army’s charity pot project stated, “We are sincerely grateful to Kim Jaejoong for working with us to spread such a meaningful and warm expression of love. Thanks to him, we were able to draw more public attention to our project, and the day’s donation drive was more heartwarming than usual.”