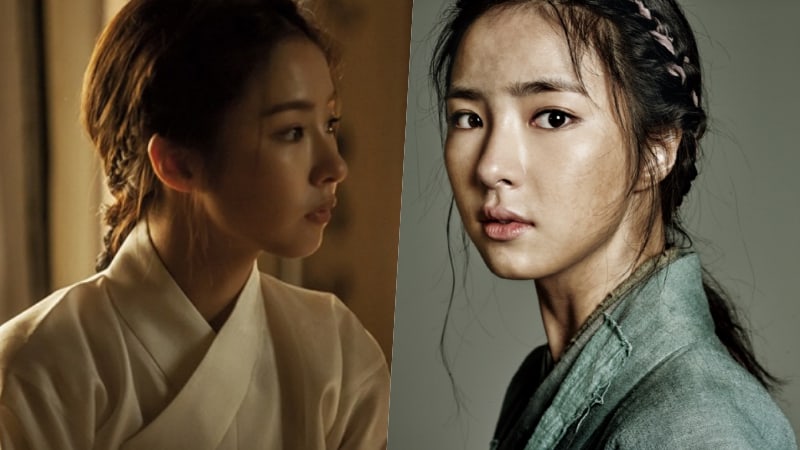 The video showed Shin Se Kyung filming for episodes 5 and 6 of the drama, as well as having fun on set with staff and other actors. She showed off a realistic scar on the left side of her face and talked about what she wanted to eat for lunch. The actress was full of smiles off-camera, but was fully immersed in her role once the shoot began.

Her agency said, “She is Hae Ra in the current life and Boon Yi in the past life, which required lots of acting with her eyes. It required lots of detailed attention, but a good scene was created thanks to Shin Se Kyung’s perseverance and the staff’s teamwork.”

In the video, Shin Se Kyung addressed this and said, “Honestly, I did worry [about playing another character named Boon Yi]. Fans who watch my work could be confused so I asked [the writer], but [she] said the name Boon Yi is a common name and told me not to worry. So, I think I was able to [film] comfortably.”

Watch the behind-the-scenes video of Shin Se Kyung on the set of “Black Knight” below!

Catch up with the latest episode of “Black Knight” now!