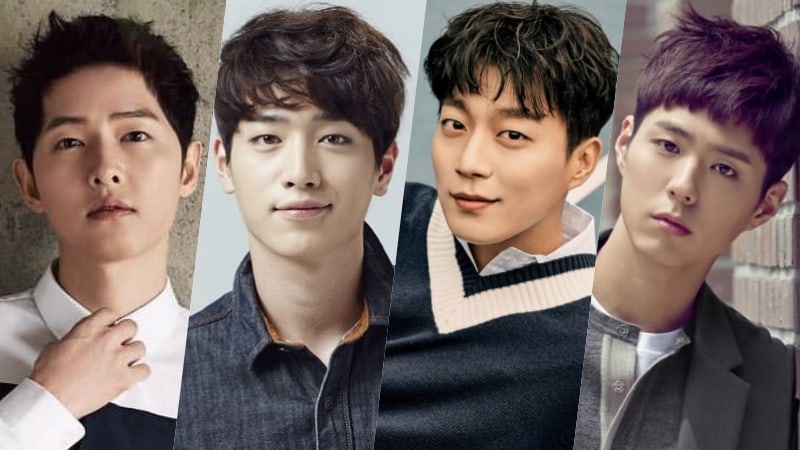 The 2017 KBS Drama Awards continues to add to its star-studded lineup of presenters!

After announcing that “Moonlight Drawn by Clouds” co-stars Park Bo Gum and Kim Yoo Jung would be presenting the Top Excellence Award together, the award ceremony has revealed more of the actors that will be taking the stage to honor their colleagues.

Song Joong Ki will be presenting awards at the show, along with several of the stars from upcoming KBS dramas. The other presenters include Seo Kang Joon and Gong Seung Yeon of “Are You Human, Too?” (working title), Highlight’s Yoon Doojoon and Kim So Hyun of “Radio Romance,” and Lee Sang Woo and Han Ji Hye of “Do You Want To Live Together?” (working title).

On December 26, the 2017 KBS Drama Awards confirmed that Park Bo Gum and Kim Yoo Jung will be reuniting on stage as they announce the winners of the Top Excellence Award together.

“We’d like to thank Park Bo Gum and Kim Yoo Jung, who stepped up to give awards at the ceremony in spite of their busy schedules,” a source from the 2017 KBS Drama Awards stated. “Prominent celebrities besides Park Bo Gum and Kim Yoo Jung are to attend the awards ceremony and will announce the winners.” They asked that viewers look forward to finding out which celebrity is giving out each award.