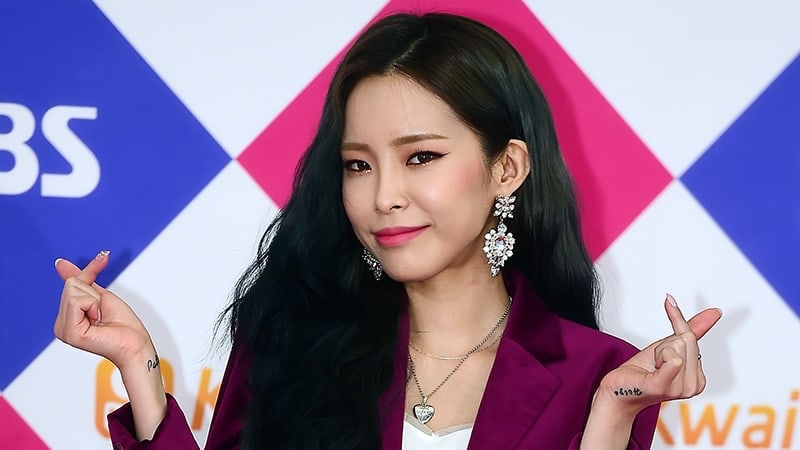 Heize Rushed To Hospital After Fainting, May Undergo Surgery

Singer Heize is currently in the hospital and has reportedly decided to undergo surgery.

Immediately after her performance at the 2017 SBS Gayo Daejun on December 25, Heize was rushed off to the hospital after fainting. She is said to have shown other symptoms of illness before her collapse, including vomiting and a high fever.

The singer and former “Unpretty Rapstar 2” contestant had previously been diagnosed with pharyngitis, and her physical condition had deteriorated after her performance.

On December 26, a spokesperson for the singer commented, “It seems that Heize’s extremely busy schedule may have taken a toll on her health. Because the symptoms of her previously diagnosed pharyngitis have worsened, it appear that she will have to undergo treatment.”

The spokesperson went on, “Based on her diagnosis at the hospital, it has been decided that she will undergo surgery. For now, her progress must be observed, and it appears that she will be unable to move forward with her plans and scheduled activities for the immediate future.”

Heize, who released an impressive string of hits this year with “You, Clouds, Rain,” “Don’t Know You,” and “Star,” recently won the Best Vocal Performance Female Solo Award and the Best Hip Hop and Urban Music Award at the 2017 Mnet Asian Music Awards. She was also a Top 10 Artist at the 2017 Melon Music Awards.

To see Heize’s performance at the 2017 SBS Gayo Daejun, check out the full show below:

Heize
XPN
2017 SBS Gayo Daejun
How does this article make you feel?