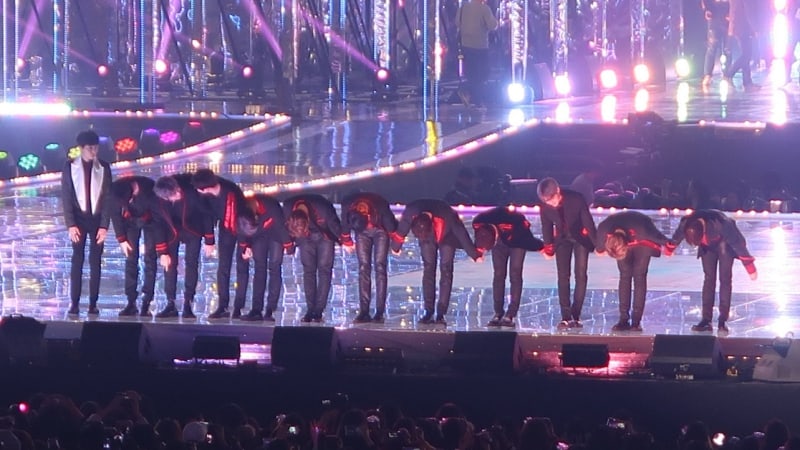 At the end of the 2017 SBS Gayo Daejun on December 25, WINNER’s Kang Seung Yoon nearly ditched his group for Wanna One by mistake!

During the final moments of the show, all the artists gathered onstage to say their goodbyes to the audience. After waving to his fans and giddily taking photos together with his fellow WINNER members, Kang Seung Yoon somehow lost his group and ended up next to Wanna One instead.

When the eleven Wanna One members bowed together to the audience, the WINNER leader suddenly noticed that he might not have been in the right place. After jumping back in surprise, he quickly scurried off to find his members on the other side of the stage.

Watch Kang Seung Yoon’s adorable mistake at 2:25 in the clip below!

WINNER
Wanna One
Kang Seung Yoon
2017 SBS Gayo Daejun
How does this article make you feel?