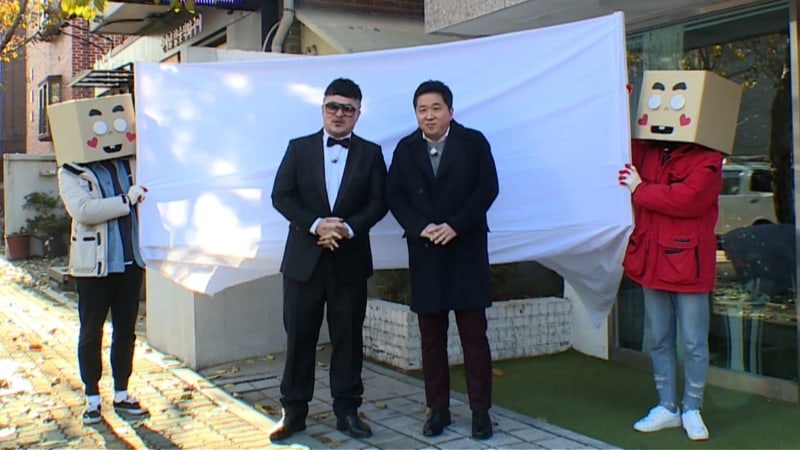 This year’s concept for the awards show was for MCs Defconn and Jung Hyung Don to personally hand deliver the awards to the recipients. The MCs joked that the Weekly Idol Awards are amongst the top three most prestigious awards next to the Blue Dragon Film Awards and the Grand Bell Awards.

The first category was the “2017 King General Best Moment Award” with BIGBANG, Shinhwa, HIGHLIGHT, TWICE, and GOT7 as the nominees. BIGBANG won and the MCs went to the YG Entertainment headquarters to give them their award. However, they were unsuccessful at meeting BIGBANG and met with iKON instead.

iKON accepted the award on behalf of BIGBANG and also won something of their own when they tried to redeem themselves after their last acapella attempt on the show. 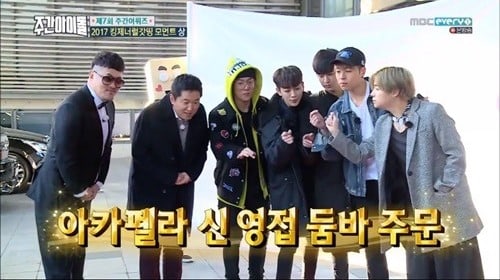 For the “It’s Your Song But You Dance Really It Well” Award, the nominees were SEVENTEEN, Wanna One, TWICE, Super Junior, and Red Velvet. Super Junior won the award for dancing perfectly to “Sorry Sorry” at double speed and showing off 13 years of their teamwork.

After receiving the award, Super Junior revealed that Donghae filmed an advertisement after appearing on “Weekly Idol.” This broadcast also meant that Donghae, who previously said he only appears on variety shows once every six years, appeared on “Weekly Idol” again only a month after his last appearance. He joked, “This is a sensitive topic,” and surprised everyone by tearing up while accepting their award. 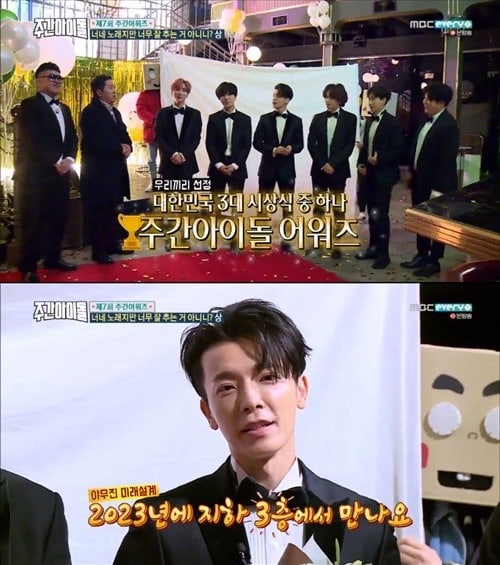 In previous years, the winner of the coveted “Daesang (Grand Prize)” was selected through random methods such as drawing names, the ladder game, and flicking a bottle cap. Shinhwa member and last year’s “Daesang” recipient Shin Hye Sung joined the MCs to choose this year’s winner. 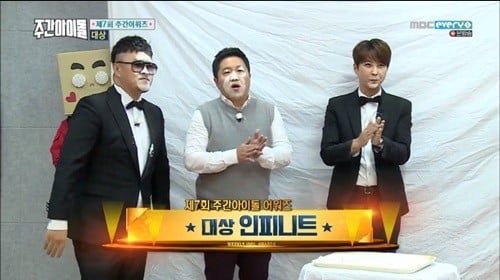 This year, they had to play a game of finding candy hidden in flour with their mouths. Shin Hye Sung’s “Daesang” was passed on to INFINITE who did not promote in 2017, but appeared on the show for a special episode. Defconn chose the “King of Variety” Award which also went to BIGBANG, and Jung Hyung Don picked the “2018 Rising Star Award,” which was given to Red Velvet.